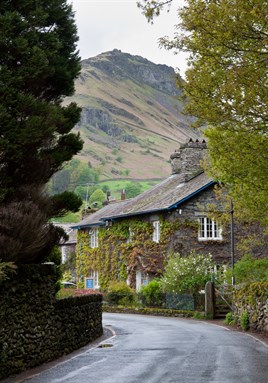 A complicated mathematical formula developed by car rental company Avis has identified the A591 from Kendal to Keswick in the Lake District as the nation’s best driving road.

The 30-mile stretch in the national park features a winding section, offering views of Lakeland fells and the banks of Lake Windermere and Lake Thirlmere.

In second place is the B3515 which runs from Cheddar to Ashwick, featuring 14 miles of Somerset countryside, while third is the A535 from Holmes Chapel to Alderley Edge in Cheshire.

“There are four key phases of a drive,” said eminent quantum physicist, Dr Mark Hadley, who led the research.

"Bends, acceleration, cruising and braking. A great driving road strikes just the right balance between the phases so you get the exhilaration of speed and acceleration whilst corners test your driving capabilities and long stretches allow you to enjoy the scenery.

"In creating the ADR we have calculated the optimum balance between those components, to scientifically establish the world’s best driving roads.”