Redde deal is ‘the perfect fit’ for FMG’s ambitions 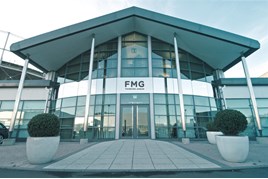 The lure of a long-term investment plan from Redde helped convince FMG’s management team to accept a £42.3 million bid for the business. The deal, which is subject to regulatory approval, will see incident management firm  FMG join Helphire and Total Accident Management and a further four companies that are already under Redde’s stewardship.

Former executive chairman Andrew Cope will become a non-executive director, advising on strategy and developing the business. He told Fleet News: “FMG now has the opportunity to cement itself as the incident management outsourcer of choice.”

The business specialises in providing outsourced incident management services for a range of clients, including insurance companies, corporate fleets and leasing companies.

Currently, that equates to managing around 250,000 vehicles, but its aim is to take that to some 400,000 units within the next three to five years.

FMG has grown its managed fleet by nearly 60% over the past two years, making more than £2m in 2014, and expects to more than double that this year to £5m-plus, making it the most successful year the company has ever had.

Major fleet operators such as Kier and Morrison Utility Services are already on the company’s books, but the vast majority of its business – around 70% – comes from white label products provided to leasing companies.

“When I first joined the company some 15 months ago, it was clear it needed to get back to its core business after diversifying into other areas,” said Cope. “By simplifying our offering the business started to grow, but it was also clear that FMG wasn’t ideally suited to private equity ownership.

“We had been making good in-roads into the insurance and manufacturer space, but to fully develop these opportunities you need a longer-term investment platform of five to eight years, not the two to three years private equity would offer us.”

Cope became FMG’s executive chairman after securing a 15% stake in the company for an undisclosed sum, last year.

However, recognising the business’s potential, he decided to gain greater influence by leading the management buyout (MBO) of FMG for an undisclosed sum, in April.

The deal secured the management team 58% of the business compared to just 25% before. Founder Nick Brown remained a shareholder, but institutional investor Spirit Capital sold its stake, which it had acquired in 2008, and was replaced by Endless LLP.

Cope had previously seen Zenith through five successful private equity buyouts between 2003 and 2014. FMG’s relationship with Endless was short-lived, however, with Redde’s potential too good to ignore.

Cope explained: “Redde has that accident management focus and a long-term commitment to FMG so is the perfect fit for the business going forward.”

Redde, with total annual revenues in excess of £230m and more than 1,600 employees, is no stranger to FMG. NewLaw Solicitors, which provides legal services on behalf of FMG Legal, is jointly owned by Redde and FMG. And, the group’s non-executive chairman, Avril Palmer-Baunack, is a former managing director of the Huddersfield-based business.

Martin Ward, chief executive of Redde, said: “We have worked together in the legal services arena for a number of years and this acquisition is a further step in strengthening Redde’s proposition to its customers.”

The Redde group of companies provides a range of accident management and legal services. It started life as Helphire in 1992, before what eventually became Helphire Group was renamed Redde, last year.

Buying FMG broadens Redde’s accident and fleet management capabilities, a sector it first moved into when it established Total Accident Management in 2002.

Its portfolio of businesses has grown, but it is hoped this latest acquisition will allow Redde to enter additional industry sectors and widen its appeal to large fleet operators.