Tracker recovers Land Rover and other cars from Felixstowe port 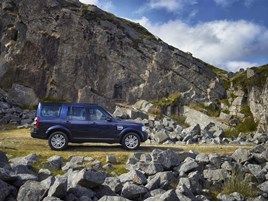 Police in Southwest London were able to recover a stolen Land Rover Discovery and three other Mercedes-Benz cars thanks to a Tracker device.

Tracker activated its hidden unit on the missing vehicle, which alerted police nearly 100 miles away in Suffolk to its signal. Less than two days after the activation, police traced the stolen vehicle to the port of Felixstowe.

Using hand held Tracker equipment, officers were able to pin point the exact container that the Land Rover was stored in and also uncovered three Mercedes-Benz cars that had also been stolen.

Adrian Davenport, Police Liaison Officer for Tracker, said: “This was a fantastic case where we were able to help police not only find the customer’s car but also prevent the theft of other prestige vehicles. This was a high value car being taken from outside the owner’s home without the need for the keys. Luckily for the customer his Land Rover Discovery was fitted with a Tracker, and with our unique technology we were able to help police locate his vehicle and others, even though they were hidden in a shipping container.

“Our close working relationship with UK police forces saved the day, as we continue to help stop criminals in their tracks. Whilst a tracking device won’t stop a car being stolen, it does increase the chances of police recovering and returning the vehicle to its owner. The three Mercedes-Benz vehicles would not have been found had it not been for our tracking technology.”

The owner of the Land Rover Discovery said: “I thought my car was gone for good, but thanks to the help of Tracker, police were able to get the car back to me within a couple of days. The team was extremely helpful throughout, and they were the ones to call me as soon as my car had been found. I would highly recommend Tracker to anyone keen to protect their vehicle from thieves. It offers peace of mind and works when you need it most.”