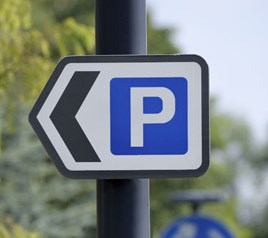 Fleet operators and their drivers could be hit with even higher charges if they park on private land and don’t return to their vehicle before their allotted time expires.

The Court ruled that an £85 parking charge imposed on Beavis, who had overstayed a permitted two-hour period of free parking in a shopping centre car park by one hour was not “extravagant”.

Supported by the Consumers’ Association, Beavis fought the charge, but the Court dismissed his appeal, declaring that the charge did not contravene the penalty rule, or the Unfair Terms in Consumer Contracts Regulations 1999.

The Court ruled that the £85 charge was not a penalty. It said: “Both ParkingEye and the landowners had a legitimate interest in charging overstaying motorists, which extended beyond the recovery of any loss.”

It added: “The charge was neither extravagant nor unconscionable, having regard to practice around the UK, and taking into account the use of this particular car park and the clear wording of the notices.

“ParkingEye and the owners had a legitimate interest in inducing Beavis not to overstay in order to efficiently manage the car park for the benefit of the generality of users of the retail outlets. The charge was no higher than was necessary to achieve that objective. Objectively, the reasonable motorist would have, and often did, agree to the charge.”

However, Beavis said: “It is a very dangerous ruling. I am disappointed the Supreme Court did not stick up for the consumer. It has decided these charges are allowed because they are not excessive – so what is excessive?

“I think the Government needs to intervene and introduce a single code of practice.”

Steve Gooding, director of the RAC Foundation, said: “The judges said that penalty charges should not be excessive, but without giving any clear indication of what excessive might be. This opens the door for parking companies to increase their penalty demands and leaves the onus on motorists to fight sky-high charges on a case-by-case basis.

“The last hope for motorists is that Parliament will now  do what it should have done back in 2012, when it outlawed clamping on private land, and set reasonable limits for  these charges.”

John Pryor, chairman of fleet industry body ACFO, added: “The Government needs to take action. It is not only the financial aspect, but the administration burden for fleet operators that needs reviewing.”

The Government is currently analysing feedback following a public consultation on the management and regulation of parking on private land. An announcement on what if any action it may take is expected soon.

It has already announced that drivers will receive a 10-minute grace period in relation to on-street and off-street parking enforced by local authorities and discouraging the use of bailiffs.

It welcomed the court’s verdict explaining that it “provided clarity on the use of contract law for parking on private land”.

However, despite the ruling, BPA chief executive Patrick Troy said: “There needs to be a broader review of the private parking sector.

“We believe that government should establish a standard setting body with an independent scrutiny board, which will deliver a single code of practice and a single independent appeals service for consumers. In this way all parties can be treated fairly.”

He claimed that the Government had confused the entire private parking process by allowing a proliferation of accredited trade associations in the sector and appeals bodies without an associated focus on maintaining and raising standards.

The BPA said next year’s summit would bring together all interested parties including Beavis, motorists, operators and landowners to assemble a consensus.