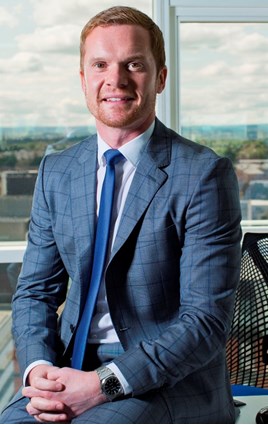 Leasing and fleet management specialist Fleet Alliance has has become a 'living wage' employer after guaranteeing that all employees earn at least this salary.

The living wage is an hourly rate set independently and updated annually, based on the cost of living in the UK.

The former is calculated by the Centre for Research in Social Policy at Loughborough University, while the latter is calculated by economists at the Greater London Authority, and both are based on the cost of living, including food, fuel, childcare, housing and other items.

The living wage standard aims to raise people out of poverty and is different to the Government’s national minimum wage for over-25s which went up by 20p to £6.70 an hour on October 1 this year.

"Ensuring our people are paid appropriately for the hard work they do is a fundamental principle of our business – and we feel this should also be true of all businesses.

“We’ve been passionate about communicating the ‘living wage’ to our suppliers, and we’ve already seen several adopt the initiative - a perfect example of the wider sphere of influence of our Fleet Alliance Loves’ policy.”

Fleet Alliance, which manages around 18,000 vehicles nationally on behalf of corporate clients, has initiated a number of charity and fund-raising initiatives this year through its ‘Fleet Alliance Loves’ CSR programme.

For example, the company recently donated a van free of charge for two years to the Glasgow North East Foodbank so it can transport food to the poor and needy within the local community with greater ease.

It has also been a strong supporter of worthwhile charities and since 2008 its fund-raising efforts have accumulated more than £230,000 for worthy causes.

In one of the most recent, in September this year, Fleet Alliance commercial director David Blackmore ran, kayaked and cycled 168 miles in just three days in support of the cancer charity, Maggie’s Centres.