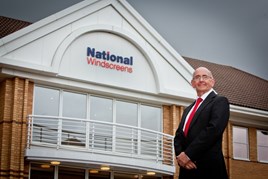 National Windscreens has been appointed sole supplier to the Home Office framework for a further four year term.

The national framework is designed to ensure police forces and other emergency services can easily access glass and glazing services via a compliant route to market, as well as benefiting from collaboration and standardisation, and value for money.

The framework covers all vehicles within the relevant authority’s fleet, including un-marked cars, minibuses, people carriers, vans and larger trucks.

A tendering exercise, following UK and EU public procurement regulations, was completed using a competitive procurement that was open to all suppliers who could provide national coverage for a fleet involving 44,000 vehicles and covering 43 forces in England, Wales, and Police Scotland.

This latest appointment is the third consecutive time that National Windscreens has submitted a successful tender for the Home Office framework and will run for 48 months until September 2019.

Graham Furneaux-Porter (pictured), fleet sales manager at National Windscreens, said: “Having any vehicle off the road for even a short period of time can have a real impact on an organisation’s performance. For emergency services, such as those covered in the Home Office framework, this can be even more crucial as it could literally mean the difference between life and death. As a result, the tender process focused heavily on the applicants’ company structure and service capability.”

A Home Office spokesman said: “Following a compliant competitive tender process we were satisfied that we could award to National Windscreens and obtain a value for money service to our standards across the whole of the UK.”