ACFO and ICFM announce plans to work more closely together 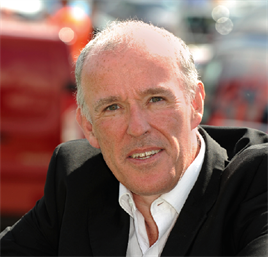 Fleet industry organisations the Institute of Car Fleet Management and ACFO are to forge closer links to promote the benefits of professional fleet management and the importance of training.

The organisations will have representation on each other’s boards, share membership initiatives and join forces to collectively promote the benefits of each organisation and their respective conferences, seminars and other events.

The development builds on an initial tie-up announced almost six years ago when the two not-for-profit organisations agreed to work in association with one another on areas of mutual benefit and promote their respective organisations to their membership bases.

Nigel Trotman will represent both organisations on their respective boards to provide co-ordination.

He is already a board member of the ICFM and is secretary of the midlands region of ACFO, and sits on the organisation’s national council. Trotman will attend ACFO board meetings in a non-voting capacity.

John Pryor, chairman of ACFO, said: “ACFO represents the interests of fleet operators in the UK promoting their views to Government, motor manufacturers and industry suppliers.

“The ICFM is dedicated to providing fleet managers, administrators, fleet service providers and those whose job responsibilities include fleet with the highest standard of education and training programmes which foster and promote best practice in all aspects of vehicle fleet management.

“Jointly promoting the mutual benefits of both organisations will, ACFO believes, increase professionalism across the fleet management industry and widen the membership base.”

Paul Hollick, chairman of ICFM, said: “The initiative to forge closer links with ACFO is a logical and progressive move and one that is completely in harmony with the objectives that I outlined in my keynote address at our conference in October last year.

“We are in a sense ‘two halves of the same equation’ and the decision to work more closely together, will further promote best practice and raised standards within the industry -  something we are particularly passionate about at the ICFM."

As a result of the closer tie-up measures initially taking place will include: