Company car to remain king, but value should be priority 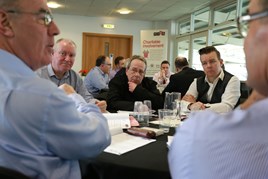 Company cars will remain a sought after benefit by employees despite rising levels of taxation - but employers and drivers must increasingly focus on value rather than cost, according to a speaker at a recent FIAG workshop.

In a keynote address to the Fleet Industry Advisory Group’s (FIAG) Winter Workshop, tax expert David Rawlings highlighted how employee demand for company cars had proved remarkably resilient despite increases in benefit-in-kind taxation over many years.

Addressing the workshop, Rawlings reflected on recent history to look to the future.

He told delegates to the workshop held at the home of Northampton Saints, the premiership rugby union side sponsored by Travis Perkins, whose group fleet director Graham Bellman is a FIAG founder: “When emissions-based company car benefit-in-kind tax was introduced in 2002 many pundits forecast the death of the company car.”

Yet, while there had been a decline in company car popularity since then, latest HM Revenue and Customs’ data shows that the number of recipients has plateaued in recent years at 940,000 yielding £1.29 billion in benefit-in-kind tax and a further £530 million in employer Class 1A National Insurance in 2013/14.

Rawlings said that despite the switch to a carbon dioxide (CO2)-based company car benefit-in-kind tax regime and regular increases in tax thresholds, the value of company cars remain undiminished.

For example, he cited that prior to the new regime the amount of tax due for a high mileage, higher rate taxpayer per £1,000 of list price on a 2002 Ford Mondeo was £60, which was a similar amount paid by an employee at the wheel of a low emission derivative in 2016.

Rawlings said: “Company car tax rates have increased, but we are where we were 14 years ago. I don’t buy the arguments that tax has killed the company car, although what we don’t know is where company car tax levels will end up.”

The government is currently reviewing company car benefit-in-kind tax from 2020/21 and an announcement is expected by Chancellor of the Exchequer George Osborne in the Budget on March 16.

Rawlings predicted that over the coming years taxes would have to increase with revenue raised used to support the development of alternative fuel technology while the government also looked to tackle air quality issues.

Nevertheless, he concluded: “Smart employers and company car drivers should focus on value rather than cost. The company car is, and will remain, one of the most sought after benefits over the next 15 or 16 years.”

Workshop delegates discussed the future of the company car in a number of fundamental areas: creating policies, managing costs and potential alternatives to car journeys.

During the discussions delegates agreed that employers continued to offer company cars because they remained a key employee recruitment and retention tool. However, it was emphasised that employees appreciated choice flexibility particularly if a perk driver.

Bray added: “Employees pay company car tax and have no other costs, notably in terms of service and maintenance. Company cars are hassle free. They remain popular because of their convenience and that aspect is undersold.”