Improvements to Jaama dashboard to lead growth in 2016 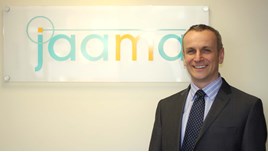 Improvements to Jaama's dashboard and workshop software are to lead the company's growth in 2016.

Jaama managing director Martin Evans said: “While the company continued to expand its client base in 2015, the year was very much about strengthening the team to gear up for our exponential growth which has so far led to recruiting 22 new employees throughout the business.”

“2016 is promising to be another fantastic year for Jaama. We have the resources in place and continue to invest significantly in the development of our Key2 management software.”

Enhancements in 2016 will include a major Key2 Workshop overhaul and improvements to the Key2 Today screen which will enable customers to tailor their user dashboard to present custom management information on any aspect of data.

Jaama strengthened its client base last year - implementing new customers such as fleet management and funding specialist Total Motion which operates more than 4,000 vehicles - and reported an overall 16% increase in revenues with sales totalling £5.4 million.