Fleets should fight to own and control their vehicles’ data, says Chevin 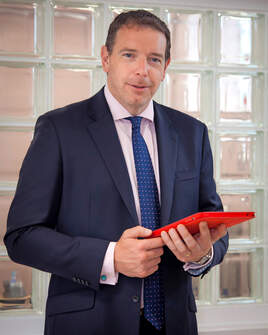 Fleets should fight to retain control and ownership of their vehicles’ data if they face pressure from manufacturers and other interested parties, according to Chevin Fleet Solutions.

The situation is likely to be caused by the development of the connected car over the next few years and the desire of manufacturers to use the resulting data to learn about vehicle use or influence driver behaviour.

Managing director Ashley Sowerby said: “Manufacturers can gain some key benefits from connected cars. Firstly, they can gather hitherto unimaginable levels of information about how their cars are used in the real world. This enables them to develop better products in the future or spot emerging faults, for example.

“Connected cars can also potentially influence driver and owner behaviour. For example, they could flag up servicing requirements and book the vehicle in with the nearest franchise dealer."

But Sowerby warned that the technology opened the door to more complex areas – such as the issue of data ownership.

Similarly, he warned, the vehicle that booked into a franchise dealer would take away some of the choice over which service or maintenance outlet the driver or fleet manager chose.

“Like a lot of difficulties surrounding data, it is a question of creating the best balance between benefits and privacy and choice," he said. "This is why fleets should be fighting to retain overall ownership and control of their vehicle data, bearing in mind a whole range of issues from employee right to privacy through to operational policies.”

He said that the situation paralleled that seen in recent years with smartphones, where network providers and others were able to track user behaviour.

“The compromise that has been reached here appears to us to be a sensible one, where users can choose through their device who they share the data with. They are able to make personal decisions that balance benefits and data control.”

The fleet industry needed to have discussions with manufacturers and other involved parties in order to work through the implications of the new technology, Sowerby said.

“The technology is already here and many vehicles are already fitted with connected car features that manufacturers are using to collect data. Our belief is that fleets should be having an open dialogue that aims to tackle these subjects early on.”