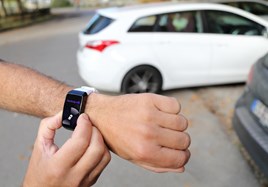 Seventy-four per cent of drivers think insurers should provide cover for damage caused by hackers accessing control systems in driverless cars, according to a survey by road safety charity IAM RoadSmart.

Almost 1,200 people responded to the survey which sought opinions on what driverless cars will mean for them as the UK heads towards autonomous vehicles becoming mainstream.

The results of this survey have been used to guide IAM RoadSmart’s response to the Centre for Connected & Autonomous Vehicles’ consultation, Pathway to Driverless Cars.

When asked whether they agree with the proposal that in future insurers must include cover for driverless cars in their new policies, almost half – 46% – said this was a good or very good idea.

However, this view shifted when asked whether they’d still agree if this adds to the cost of insurance for all drivers, with 68% disagreeing with the proposition, versus 23% who agreed.

And when it comes to self-driving cars manoeuvring themselves with no occupant in the car, those surveyed were vehemently against changing the rules to allow it.

When asked if the Highway Code rules (which currently say that you should be in full control of a vehicle and switch off the engine when you are not in it) should be changed to allow a car to park itself, just 6% supported this statement strongly. Some 13% supported it, but 69% didn’t support it at all.

Neil Greig, IAM RoadSmart director of policy and research, said: “In our view it is logical that hacking electronic systems in autonomous vehicles is treated the same way as a traditionally stolen vehicle, with the insurer bearing the cost.

"This will be an important way of developing consumer confidence around one element of the plethora of questions driverless cars pose.

“Driverless cars are a very new proposition for many and views towards them are mixed.

"Previous research we have carried out shows that road users are by and large excited about their development.

"But they still have concerns about responsibility, especially when it comes down to liability.”