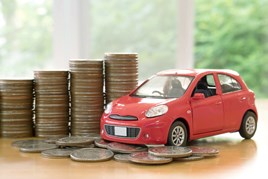 The Government has been warned that proposed cash-generating changes to salary sacrifice car schemes will have numerous “unintended consequences”, notably hitting its own calls for fleets to operate low-emission vehicles.

What’s more, according to fleet decision-makers organisation ACFO, rather than the proposals actually generating additional tax they could in reality reduce revenues as employees turn their backs on new cars and decide to buy older vehicles.

Proposals from HM Revenue & Customs (HMRC) in its Consultation on Salary Sacrifice for the Provision of Benefits-in-Kind suggest that the higher of the company car taxable benefit and the salary sacrifice/cash allowance sum will be used as the taxable value.

The Government is pushing for change because it believes that the growth of salary sacrifice, including for cars, is at an increasing cost to the Exchequer due to the loss of tax and national insurance contributions.

But the proposed changes, according to ACFO, will hit drivers of low emission cars the most, because they have the greater difference between their taxable benefit-in-kind and their salary sacrifice amount or car allowance.

Therefore, the proposals steer employees opting for a salary sacrifice car arrangement away from the very cars that the Government is striving to drive them towards in a bid to improve air quality.

ACFO said in its consultation document response: “Low emission cars are the ones that the Government has incentivised using the existing benefit-in-kind tax regime for many years and employees are choosing lower and lower emission vehicles, contributing to carbon reduction targets and supporting cleaner air campaigns.

“While it is probable that many employers would continue with some form of company car arrangement, if those lower emitting vehicles are no longer as financially attractive, drivers will choose higher emitting, and potentially more diesel, vehicles.”

Highlighting that new cars operated through a corporate salary sacrifice arrangement were often “better value than a private arrangement, particularly for low income employees, ACFO said: “It is reasonable to consider that lower income or younger employees are less likely to be able to afford a new car, may run an older, less reliable car, if that car breaks down and requires replacing they may struggle to afford another car.

Caroline Sandall, deputy chairman of ACFO, said: “The existing company car benefit-in-kind tax regime provides high levels of certainty over the cost of future taxation for both employees and employers.

"Introducing changes of this scale and nature leads to uncertainty and will make both employees and employers question the viability of car schemes, leading to fewer schemes, fewer cars and quite possibly less tax revenue.”

As a result of fewer new vehicle purchases if companies moved away from offering a salary sacrifice car scheme, ACFO has warned the Government that employees could turn to used cars.

ACFO’s response said: “Employees would not be able to afford new cars, or may not even be able to obtain credit. That would impact on benefit-in-kind tax revenues and other revenues triggered by a vehicle such as VAT and Vehicle Excise Duty.”

Therefore, a move away from salary sacrifice car schemes would result in more employees driving their own cars on business - the so-called ‘grey fleet’ - which are commonly vehicles that are older than company cars and therefore have higher emissions, are less fuel efficient and are not equipped with the latest safety features.

What’s more, says ACFO: “The greater the use of private vehicles, the greater the likelihood of employees claiming tax relief against Approved Mileage Allowance Payments.

"Typically, employers offering cash or car will only reimburse via lower Advisory Fuel Rates even if the employee is using a private car.

"Employees would therefore seek to claim tax relief on business miles which could reduce any perceived increase in tax revenues as part of the proposed changes.”

ACFO believes the proposed changes could also trigger an increase in salary sacrifice administrations costs for employers and HMRC.

The organisation also highlights that the proposed changes will create “inequity” across organisations and potentially within employers where there could be differing allowance values across employee groups.

Additionally, ACFO questions where any allowance paid under the proposals would be measured for tax purposes explaining: “At the point of order? At the point of car delivery? How would change be managed if the value of an allowance changed mid-term?”

The Government has suggested that any changes could be introduced in April 2017, but Sandall argues that date is “too soon” suggesting that “grandfathering rights” are considered so employees were treated fairly.

ACFO said: “Salary sacrifice offers no early termination option so employees cannot hand back their car early and even if this were to be allowed, there would be potential early termination costs which can be hundreds or thousands of pounds.

What’s more, ACFO says companies would face “considerable system and process changes” and new payroll and flexible benefit calculations would have to be made. Additionally, says the organisation: “Most companies will already have their change cycle mapped well into 2017, particularly for payroll year end, so these implementation timescales will be incredibly difficult to accommodate.

“The change as proposed would trigger considerable review of benefits packages and consideration of alternatives and/or closure of schemes," said ACFO in its response.

"That requires considerable internal engagement with interested parties across different functional areas, as well as employee groups and potentially unions/work councils. Employers would need to re-evaluate their schemes and provide detailed calculations to employees."

Sandall concluded: “When cars are provided through a salary sacrifice arrangement they remain subject to tax, which is unlike other employee benefits.

"We believe these ‘catch all’ salary sacrifice proposals are ill-conceived when cars are offered through such an arrangement.”