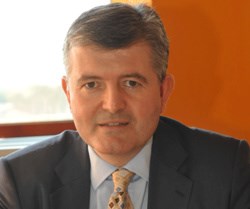 Despite the huge increase in the sharing economy in the UK, with transactions between peers being valued at £7.4 billion in 2015, two-thirds (66%) of the UK population are unaware of peer-to-peer car sharing, according to a survey by Octo Telematics (Octo).

The survey of 2000 18-65 year olds in the UK found real reticence towards the concept of peer-to-peer car sharing, the process whereby existing car owners make their vehicles available for others to rent for short periods of time.

Participating car owners can charge a fee to rent out their vehicles when they are not using them and renters can access nearby and affordable vehicles and pay only for the time they need to use them.

Financial incentives are not enough for many, with the majority (43%) saying that nothing would incentivise them to share their cars on peer-to-peer platforms.

However, of much greater consideration according to respondents, is the security offered to their vehicles. 46% of respondents said that they would be encouraged to lend their car if the car and driver are insured separately and if in the event of an accident, the owner of the car is able to claim against the driver's insurance.

"Drivers should be reassured that they can use telematics to track the location of their car, understand the renters driving style and, in the event of an accident, provide point by point data necessary to substantiate a claim.

"Moreover, car-sharing could be made even easier by technology, such as EasyOpen, which essentially transforms smartphones into car keys. It enables drivers to interact directly with the shared vehicle, making the car-sharing process secure, simple and efficient.

"EasyOpen will even work with some wearable devices. Car owners, like many home and dog owners, should also be at ease with earning a little extra through sharing economy."