Octo: Telematics is ‘key enabler’ for the connected car 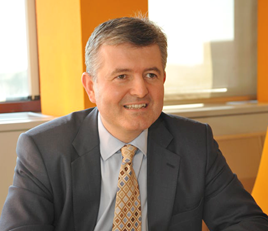 The telematics sector is booming. The global market is expected to more than double in the next four years to an estimated £36 billion.

That growth will continue to be driven by the insurance industry, with almost 100 million vehicles insured with telematics policies by 2020. This will increase to nearly 50% of the world’s vehicles – some 1bn units – by 2030, generating almost £250bn in premiums for insurers.

And with the connected car on the rise, manufacturers are beginning to factory-fit the technology, paving the way for further growth in retail and fleet sectors.

Claims about the take-up of telematics by fleets almost doubling in the past year might be incredulous (fleetnews.co.uk, August 16), but the general consensus suggests significant opportunities, with an expected annual growth rate of 25%.

Octo Telematics looks perfectly poised to take advantage of this burgeoning market, both in fleet and retail. The business was built from the insurance industry’s perspective back in 2002, when the company was launched by its CEO Fabio Sbianchi in Rome.

It was one of the first telematics service providers to get involved in user-based insurance (UBI) and, 14 years later, it’s working with 60 insurance companies across the world.

Octo has more than 4.4 million connected users and what it claims is the largest global telematics database, with more than 127bn miles of driving data and in excess of 340,000 crashes and insurance claims analysed.

Its technology, data and analytics are offered to the fleet industry by leasing giants LeasePlan and Arval, and now, having signed a deal to provide fleet and insurance services with General Motors (GM) via its OnStar platform, it has another route to market in the UK with Vauxhall.

The GM deal was driven by the need of manufacturers to monetise connected car data, especially when consumers expect some of the services for free. Octo Telematics is providing that hub for manufacturers.

Hewett explains: “For GM, we’re taking data from the OnStar platform and we’re connecting it with the insurers that we work with. We’re in the process now of designing that to go to market in the 13 European countries that the agreement covers and we’re also provisioning the fleet services for OnStar as well.”

Consumers will benefit from the insurance offering, while fleets will get a connected car with all the capabilities of telematics.

But the key will be helping drivers understand and buy in to the technology. “The real complexity and art of these things is understanding the point of sale and who is interacting with the brand and the customer,” says Hewett. “We’re in the process of working that through with the dealerships, the distributors and the fleet sales managers, so that it can be presented in a clear and simple way.”

The deal with GM is an important move for Octo Telematics, showing how its data and analytics expertise will increasingly become its core strength, while its aftermarket offering will ultimately become redundant.

Hewett told Fleet News that deals with two more manufacturers will be announced soon and it is working on another deal with a major leasing company.

“As we move towards semi and fully autonomous vehicles, the data will become even more important,” says Hewett. “Just as night follows day, telematics follows autonomy.”

He explains: “The insurers and the automotive players are going to have some interesting conversations around what they’re insuring. It’s like the aviation black box – you need to know what the point of failure was and you also need to know what happened in that moment.”

The data and analytics will be crucial to establishing fault and resolving claims, especially when such a mix of vehicles will be in operation.

But, while the connected car market develops, Octo Telematics is familiarising people with the technology through a free smartphone driving app called ‘Octo U’.

Tailored for the retail market, the app uses telematics technology to monitor and score driver or rider behaviour and provides users with the option of a personalised insurance quote based on their scores. It uses GPS technology to gather journey information and rank each trip based on driving behaviour such as speeding, harsh braking and acceleration.

The app also takes into account elements such as weather, road conditions, time of day, type of road, distance, length of journey, cornering, and traffic conditions, sending drivers tips on how to improve their score.

Meanwhile, drivers with good scores are rewarded with the option of an insurance quote from a panel of insurers, which they can choose to accept at their discretion.

“It gives you entry-level telematics,” says Hewett, but it is also familiarising people with the technology and its benefits. “It’s becoming the new norm,” he adds, which can only go to help fleets get the buy-in of their drivers if they choose to adopt the technology.