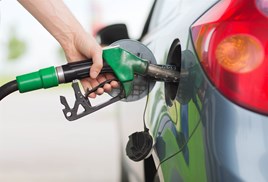 The slump in the value of sterling since the EU referendum last June is responsible for 5p of the recent increase in the cost per litre of petrol and diesel, the Liberal Democrats have said.

The average price of a litre of petrol has risen by 7p per litre since the referendum. Around a third of that increase is due to the rise in the international oil price. The rest - around 5p - is due to the post-referendum collapse in the value of the pound against the dollar.

Nick Clegg, Liberal Democrat Europe spokesman, said: “Theresa May claims that Brexit is going to be a great success. The reality is it’s going to make us poorer. The effects are already being felt.

"Around 5p of the increase in petrol prices since last summer is down to the shockwaves from the referendum vote.

"The rise in fuel costs will push up prices in the shops. This means consumers are going to be hit twice, once at the pump and again at the checkout."