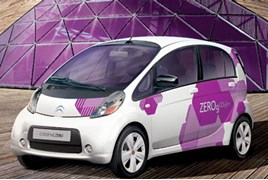 Citroen's C-Zero has been named by Cap HPI as the cheapest pure-electric car to run over a two-year/20,000-mile period.

The automotive data specialists looked at the total cost of ownership (TCO), including costs such as servicing and fuel.

“As consumer interest in electric vehicles continues to soar now could be a good time to consider switching to a used EV.

"EVs and plug-in hybrids can provide a good balance between range and efficiency plus the economic benefits for motorists can be enormous, offering big savings on fuel and tax costs as well as much lower maintenance costs.”