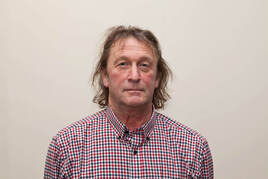 Down to Volkswagen Financial Services’ shiny new building in Milton Keynes for a fleet and press presentation.

It appears VW is doing well with ‘true fleet’ in the UK. Guests were told that around 60% of diesel vehicles have been completed with ‘the revised technical measures’ so far.

After the meeting there was a few cars to try including the first 1.4 Passat petrol in the country.

What a great car to drive, more than enough power, and around Milton Keynes it achieved in excess of 40mpg. So who needs a diesel?

Bit of a VW week, this one, as we travelled to the outstandingly beautiful Lake Como in northern Italy for the global premiere of the T-Roc, an SUV/crossover about the same size as a Golf.

The T-Roc, not sure where the name came from, is due in the UK in December, with an estimated starting price of around £19,000.

A good choice of engines including the 1.0 three-cylinder and the new 1.5 TSI EVO, with VW saying it thinks around 80% will be petrol sales.

I think the figure will be higher. This good looking SUV, which is fully loaded with standard spec and technology, has come at exactly the right time for VW.

It had around 170 vehicles, ranging from very old, to some fairly new, but unusual, motors.

Visitor turn-out was amazing which indicates interest in these shows is growing.

Values continue to rise on most old cars, and even those that were in plentiful supply not long ago are making silly money.

Makes you wonder which fleet cars will be worth more than you paid for them a few years hence.