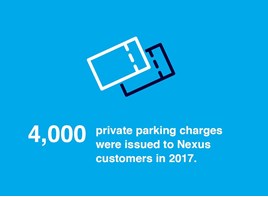 Nexus Vehicle Rental has pledged its support for a private member’s bill which aims to end the issuing of unscrupulous parking fines by rogue operators.

Nexus is the latest in a number of major names in the motor sector to lend its support to The Parking (Code of Practice) Bill 2017-2019 tabled by Sir Greg Knight MP, after its own data revealed almost an increase in the number of business drivers facing penalties, 95% of which it estimates are from private parking firms.

The bill, which is due to have its second reading in Parliament on February 2, aims to make private parking companies more accountable, as well as demanding a fairer appeals process for drivers.

This includes calling for an end to the unfair and sometimes illegal practice of private parking firms issuing automatic fines, sometimes even via CCTV - a practice known as 'ghost-ticketing’. This will rarely take into account factors such as unclear signage or faulty parking meters.

As a result of the findings Nexus has created its ‘Glovebox Guide to Parking Penalties’ – a step by step guide that can be printed and kept in a rental car should business drivers need to challenge penalties from rogue operators.

“As well as backing the Bill, we urge motorists to be vigilant when faced with private parking charges. Parking Charge Notices differ from local authority issued Penalty Charge Notices and should never be paid if a driver is looking to appeal - this makes it much more difficult to claim money back.

“We hope our guide will directly support those business drivers facing unfair penalties but stress drivers should only appeal against any parking ticket (public or private) if they feel they have valid grounds to do so, and always substantiate a claim with evidence.”

The Parking (Code of Practice) Bill 2017-2019 which had its first reading in Parliament on July 19 aims to end the self-regulation of private companies when issuing parking charges and will seek to restrict access by private companies to DVLA data, which allows companies to contact registered keepers directly. 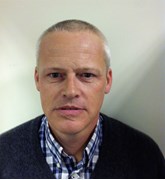