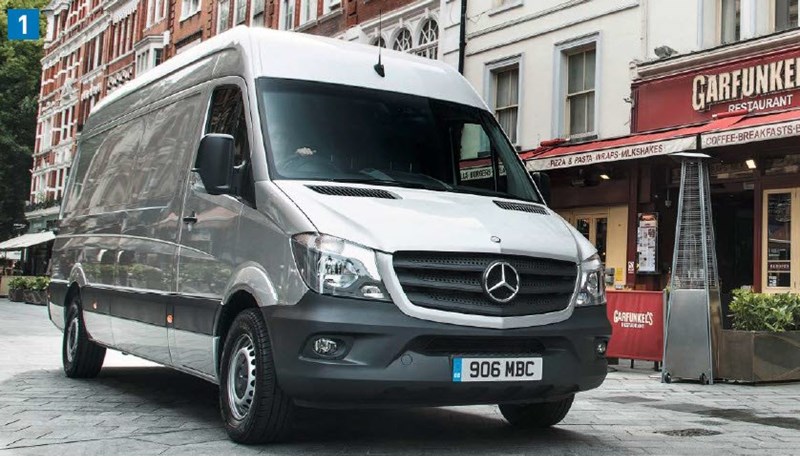 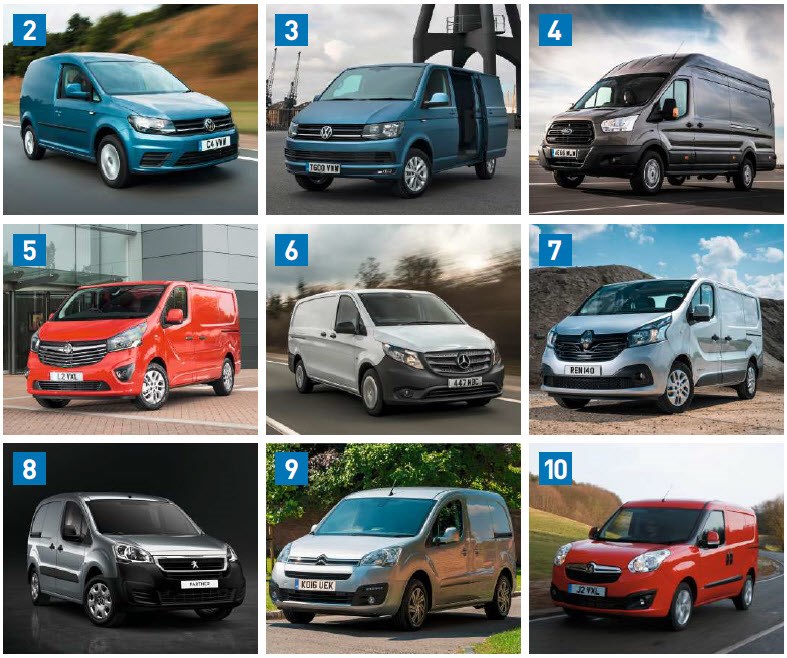 It’s the third year running the two commercial vehicle giants have battled it out alongside Volkswagen Commercial Vehicles, which topped the chart in 2015 but is now relegated to third place.

The reliability survey asks FN50 companies to rank their light commercial vehicles (LCVs) in order of the best performing in terms of breakdowns and warranty claims and allocate points which are then collated to create these rankings. The total number of vehicles considered was 240,000.

The top three were separated by just eight points, with Mercedes-Benz achieving a five-point lead over Ford.

In the van model rankings the Volkswagen Caddy took an impressive second place, having jumped from fifth in 2016.

It displaced its bigger brother, the Transporter, which has held second place for the past two years but now sits in third.

Both the Caddy and Transporter have been updated to include new TSI petrol engines for the first time since the industry started looking for alternatives to diesel last year.

The top three is now fully occupied by German brands, which mirrors the results in the car reliability survey.

Ford’s Transit takes fourth place, having been updated with a new Euro 6 engine line-up in August last year. Other than the Sprinter, the Transit is the only van to hold its place from last year.

The Transit Custom and Transit Connect have both slipped out of the top 15.

The Custom held sixth place last year but has fallen to 16th, while the Connect has slipped from eighth to 20th.

The British-built Vauxhall Vivaro has also dropped down the table, although less aggressively, losing third place to rank fifth.

Mercedes-Benz makes a second appearance on the table in sixth place. The Vito has climbed one place since last year, matching its 2015 ranking.

There has been something of a French revolution further down the table. The Renault Trafic, which is built on the same platform as the Vivaro, has climbed to seventh from 13th while the Peugeot Partner has leapt from 10th to eighth.

Citroën put in a similarly impressive performance with the Berlingo. It climbed to ninth from 11th.

The Vauxhall Combo makes an appearance at 10th, securing the manufacturer two places in the top 10.

Vauxhall also managed to achieve an overall ranking of fourth in the manufacturer table, overtaking Renault which now occupies fifth.

Citroën and Peugeot have managed to retain their sixth and seventh positions respectively, tying all three French rivals together mid-table.

Fiat has put in an interesting performance this year outranking Japanese rival Nissan to take eighth place. The Vauxhall Combo-derived Doblo just missed 10th place in the model rankings, while the Ducato ranked 23rd and the Talento 31st.

Mitsubishi continued its stronghold in 10th position, despite the L200 pick-up losing three places to rank 13th in the model table. It is still the most reliable pick-up in the survey though, thanks to a disappointing performance by the Toyota Hilux which fell to 19th overall.

Toyota managed to maintain its position in 11th place, however, with Iveco in 12th and Isuzu in 13th.

Pick-ups were less reliable with only three in the top 20, despite a significant uplift in registrations during the past 12 months. The Volkswagen Amarok made 22nd place while the best-selling Ford Ranger ranked a less-impressive 37th.

Average van CO2 emissions across the FN50 have dropped to a new low of 162.9g/km after falling slightly faster than they did this time last year.

It’s steady as she goes for vans, but uncertainty is increasing - 2017 FN50 FTA view

Freight Transport Association (FTA) head of vans and light commercial vehicles, Mark Cartwright, sets out some of the challenges and new developments facing van operators in the upcoming year.