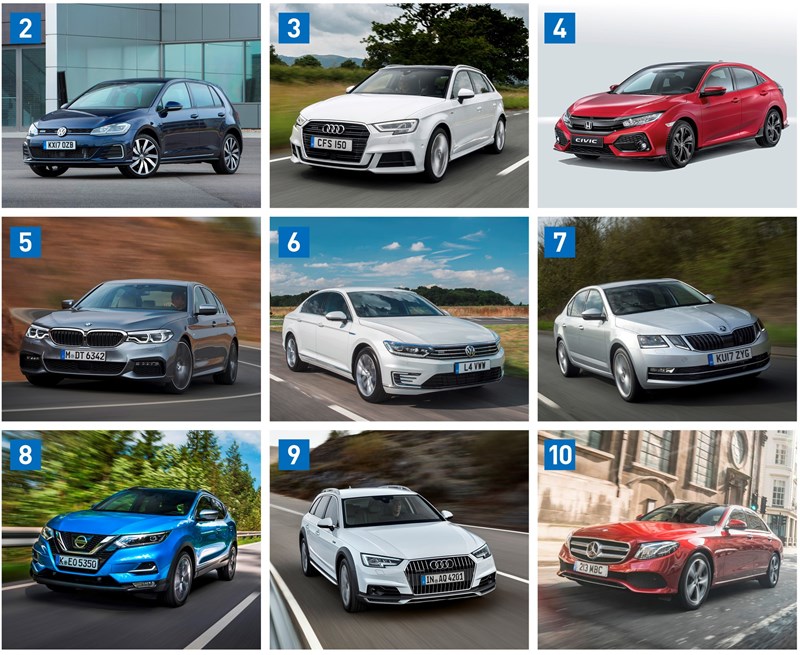 BMW has yet again retained its position at the top of the FN50 car reliability survey, with the 3 Series keeping its crown as the most reliable car on contract hire for the eighth consecutive year.

It achieved the top position in a reliability index of 700,000 cars operated by FN50 companies.

The German brand has also completed a hat-trick in taking the title as best manufacturer, a victory it also celebrated in 2016 and 2015.

An all-new 3 Series is due next year, but the current model has been an overarching success since its launch in 2011.

Last year a plug-in hybrid powertrain was added to the line-up, badged 330e.

Retaining second place in the reliability index is the Volkswagen Golf, which received a facelift and new petrol engines earlier this year. It also offers a choice of fully-electric and plug-in hybrid options.

The Audi A3 made a surprise return to third place, having held fourth for the past two years. It bumped the recently re-launched A4 to ninth – a disappointing drop for the new model.

Honda now occupies fourth place with the Civic, continuing as the only Japanese model in the top-five. Having undergone a total redesign, the new Civic was launched in the spring with a choice of two turbo-charged petrol engines. A diesel is expected early next year.

Another model that debuted this year was the all-new BMW 5 Series. The car has jumped from sixth position to fifth; making BMW the only manufacturer with two models in the top five.

Volkswagen’s second appearance in the rankings comes in sixth position, with the Passat. It’s a jump of one place and its in-house rival, the Škoda Octavia, is close behind occupying seventh – an improvement of three places since last year.

Taking eighth position is the Nissan Qashqai, a car which jumped to the top of the UK sales charts in September following a minor facelift. Early next year, the model will offer a semi-autonomous driving system, but remains a firm fleet favourite thanks to its low 99g/km CO2 emissions.

Mercedes-Benz has snuck into the top 10 with the E-Class this year, a strong performance for the newly launched model. But the ageing C-Class – which held eighth last-year – has dropped to 14th in this survey. A new C-Class is expected next year.

Interestingly the entire top 10 is made up of either German- (80%) or Japanese-owned brands (20%), although both the Qashqai and Civic are built in Britain.

The manufacturer rankings have seen little movement at the top. Audi, Mercedes-Benz and Volkswagen have all retained their positions under BMW, as in the 2016 survey.

Ford has made the biggest jump this year, placing it fifth – having ranked ninth last year.

The tables have turned for the Japanese manufacturers this year. Honda has climbed the table to rank sixth while Toyota has slipped past Nissan to rank eighth. In contrast, last year Toyota comfortably led the pack under the Germans – holding fifth place in 2015 and 2016.

Vauxhall has managed to climb into the top 10 this year, holding ninth place overall, as has Škoda which is now the gatekeeper to the top 10.

Korean brands have performed less impressively this year. Hyundai managed to creep up one place to 11th, but Kia dropped out of the top 15 altogether, having held 15th last year.

British brands have delivered a stronger performance though. Mini takes 12th place while Jaguar takes 13th, pushing Japanese-rival Lexus out of the top 15 and outranking its stablemate Land Rover – which sits in 15th.

Mitsubishi, manufacturer of the highly-popular Outlander PHEV, has hung on to its place in 14th for the second year in a row.