"It drives particularly well, is comfortable for long journeys, and features class-leading emissions – but is not the cheapest to run." 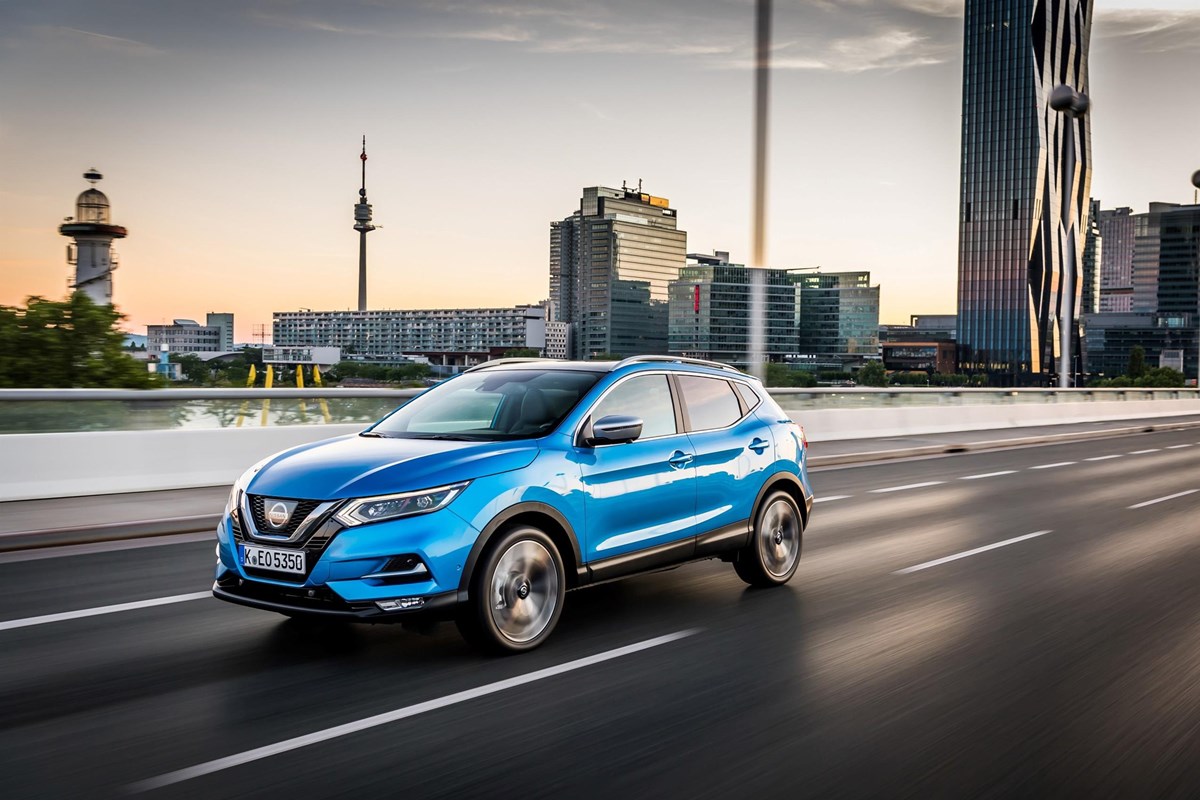 Sales success of the car - which the brand still refers to as ‘inventing the segment’ - have only been on the rise in recent years, with each generation more successful in terms of sales than the first.

However, a slew of newer, highly rated rivals have entered the C-segment crossover sector since the current model’s launch in 2014, including Seat’s Ateca, Peugeot’s 3008 and the closely related Renault Kadjar.

Nissan doesn’t want the crown on its British-built, British-designed best seller slip, so quality and refinement are the name of the game for this mid-life facelift.

The engine line-up is pretty much unchanged, with the 1.5-litre 110PS diesel remaining the fleet pick. One key change of interest to business drivers is that alloy wheels up to 19-inches can now be fitted within the 99g/km CO2 band – a boon for image-conscious drivers.

Manual and CVT automatic transmissions are available, as is four-wheel drive – though the majority of fleet vehicles will be two-wheel drive.

The 1.6-litre 130PS diesel we drove gained a number of additional sound deadening measures – with ECU tweaks, extra padding, and new insulation added between the engine and the cabin, and on the bonnet underside.

All models now have thicker rear glass and extra insulation around the wheel arches, which leads to a quieter cabin.

A series of small fins have been added to the underside of the front bumper – Nissan calls these ‘vortex generators’ – to improve airflow around the vehicle, and further reduce cabin noise.

Nissan bosses also told Fleet News that feedback from company car drivers in particular led to a repositioning of the Bluetooth microphone, for clearer calls.

A new flat bottomed steering wheel has higher-quality leather and more simplistic controls, plus several interior plastics have been improved.

The Nissan Connect infotainment system fitted to most models continues to appear dated, with directions not being the slickest, although the screen resolution has been upgraded. Android Auto and Apple CarPlay are notable omissions.

Nissan made a big fanfare several months ago about the Qashqai’s upcoming autonomous functions – to be packaged up under the ‘ProPilot’ name – though this offering will only be available on new cars delivered from early next year.

When it is added to the options list, the package will provide adaptive cruise control, lane keep assist with steering ability, and traffic jam pilot for autonomous travel in low speed travel.

Vehicles on N-Connecta grade and above feature an upgraded autonomous emergency braking system The front grille has been redesigned to accommodate this, with a flat badge allowing radar equipment to be positioned behind it.

For now, though, the range continues to offer broadly the same safety features as before: traffic sign recognition, driver alertness assist, park assist, lane departure warning and around view monitor.

One notable new addition is Stand Still Assist, an add-on to the usual hill start assist system, that will hold the vehicle stationary for up to three minutes, then putting the parking brake on to prevent rollbacks.

The cabin and technology improvements are welcome, but are they enough for the Qashqai to retain its position atop the SUV charts? It drives particularly well, is comfortable for long journeys, and features class-leading emissions – but is not the cheapest to run.

Despite its higher emissions, in mid-range SE Nav spec, Seat’s Ateca is 3.5p cheaper per mile for a fleet to run than the equivalent N-Connecta 1.5-litre diesel Qashqai.

In the high spec Tekna model we tested, the difference is more than 5p per mile – and the car has a list price of a hefty £28,815.

But the Qashqai has cemented its place in the market as a good all-rounder – it remains visually appealing, and has a good range of economical engines.

While its technology may not be cutting edge, if it appears on a choice list, at the mid-range spec level, a driver is likely to be pretty satisfied with their selection.