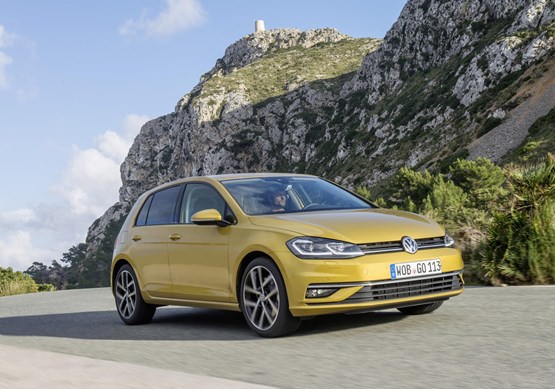 Perhaps more than any other manufacturer, Volkswagen is accused of adhering to the old adage “if it ain’t broke, don’t fix it”. The Golf is Volkswagen’s best-selling car worldwide, as well as its most popular model in the UK, with an image of dependability built up over seven generations.

Even when shaken by the diesel emissions scandal in 2015, when Volkswagen admitted cheating emissions tests in the US, the brand's sales in Europe didn’t seem to falter.

That aberration aside, customers know what they’re getting, and the Golf has long been a favourite of fleets, its range effortlessly spanning job-need to user-chooser, as well as being a popular private buy.

For 2017 the seventh-generation Golf has been honed with subtle styling changes and new equipment. Prices are lower for most of the range, according to Volkswagen.

While this might not result in much difference in trans-action prices for fleets, it certainly gives the Golf greater company car appeal with lower P11D prices reducing BIK tax bills.

It’s difficult to compare like for like on the outgoing price list as many models had evolved into ‘special editions’ such as the Match Edition and GT Edition, while the figure for the entry point to the range, the 1.0 TSI S, stays the same.

But the SE Nav used in our price comparison undercuts the previous Match Edition by almost £400 (although the SE is £1,140 lower), while the GTD is lower by more than £250.

A new 7-speed DSG gearbox is available across the range and helps to reduce CO2 figures by up to 10 g/km. All Golfs also feature BlueMotion Technologies such as a stop-start system and regenerative braking.

New for the 2017 model year are several hi-tech features, including Traffic Jam Assist – a semi-autonomous mode for automatically keeping pace with stop-start traffic – and Emergency Assist, which can detect if the driver appears incapacitated, and initiates a series of alerts to encourage a response. The system will conduct an emergency stop if the driver has failed to respond.

The Golf is also offered with the Discover Pro navigation system, which includes gesture control for certain functions.

Also new is the 150PS 1.5 TSI petrol engine, which replaces the 1.4 TSI in the outgoing model and offers active cylinder management (shutting down two cylinders when coasting or on low throttle load) to save fuel and reduce emissions. A 130PS version of this engine will feature in the new Golf Bluemotion. It avoids the expense and complexity of a TDI with AdBlue, and the 3% diesel supplement on company car tax, so could be an interesting option for low-mileage users.

On the road, little has changed. The car remains smooth and comfortable, but responsive enough to appeal to the driving enthusiast, particularly in the more performance-oriented variants.