""The car starts in silence and can reach speeds of up to 80mph on the electric motor alone, although achieving this will require ballerina-like footwork as the petrol engine is eager to assist."" 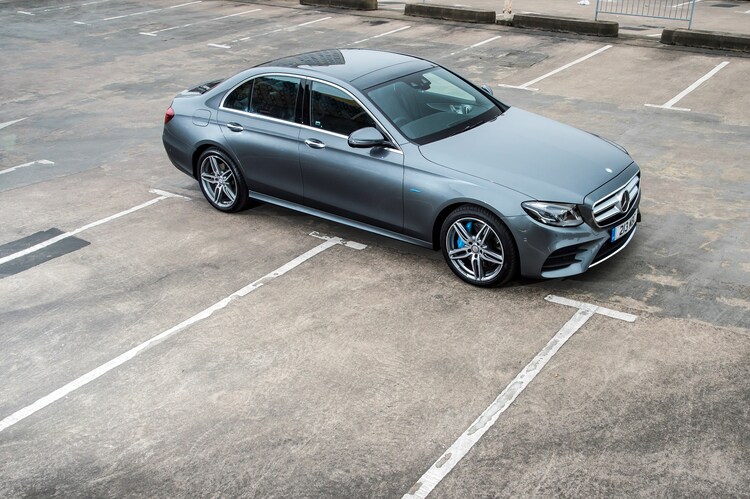 Mercedes-Benz has already won two Fleet News awards for the new E-Class and the E 350e serves to increase its desirability in a market plagued by concerns over air quality and rising taxation.

The car doesn’t shout about its eco-warrior status like a Toyota Prius, though. The only giveaway that a battery lurks under the boot floor of the E 350e is the charging point cover on the back bumper and some discreet wing badges. Those with a keen eye will notice the brake calipers have also been finished in ‘electric’ blue.

The car starts in silence and can reach speeds of up to 80mph on the electric motor alone, although achieving this will require ballerina-like footwork as the petrol engine is eager to assist. On a constant run the battery will manage around 14 miles on a single charge – against the quoted 21.

An intelligent hybrid system balances powertrain use with regenerative braking and charging, but to get the most out of the E 350e you have to adapt your driving style.

Those covering shorter trips should have no problem running on battery alone, provided they have access to sufficient charging points.

Mercedes-Benz claims the car can return an average 134.5mpg, but, realistically, this isn’t the case. For starters the on-board computer only measures up to 99.9mpg and the best we managed was 53mpg.

That is still an impressive number for a petrol-powered two-tonne luxury saloon that packs 286PS.

Where the E 350e really delivers is performance. Zero to 62mph is reached in just 6.2 seconds and the combination of instant torque from the electric motor and high-revving turbo engine means the car never feels sluggish.

Using the power reserve does somewhat dampen the fuel economy though, as does the on-board charging system. Over a week of mixed driving a figure of 42mpg was achieved.

Compare this to an E 220d and the diesel car is still going to be the most efficient for most business users.

SE models command just a 9% BIK rate meaning drivers will pay £136 per month, less than if they took a 1.4-litre Vauxhall Astra. The AMG line is more at £207 per month (40% taxpayer) but still a significant £100 less per month than the diesel E-Class.

Verdict: The E 350e certainly ticks all the boxes – in the same way as a conventionally-powered E-Class – and it only has one real rival. Unfortunately for Mercedes it’s the BMW 530e. In SE trim both cars are evenly matched but, against the AMG Line, Munich’s M Sport has the Merc beaten in all ways.