"Visually, the E-Class has been given a noticeable makeover. The front end borrows more styling cues from the CLA and CLS, with a sleeker appearance." 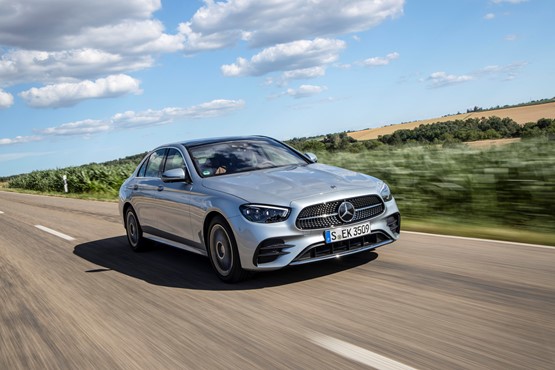 With a new S-Class around the corner, we weren’t expecting the new E-Class to be revolutionary, but then it doesn’t really need to be as it’s already among the best in its segment.

It narrowly missed out on the coveted Executive Car of the Year trophy at this year’s Fleet News Awards, but that was largely because BMW has updated the winning 5 Series with cleaner engines.

Perhaps you can guess what one of the major changes for this facelifted generation of E-Class is then? Mercedes has coined the EQ Boost phrase for its 48v mild hybrid technology and it’s fitted across the petrol line-up.

It uses a small battery and motor/generator to provide a small power boost and enable extended engine-off coasting and longer stop-start intervals. 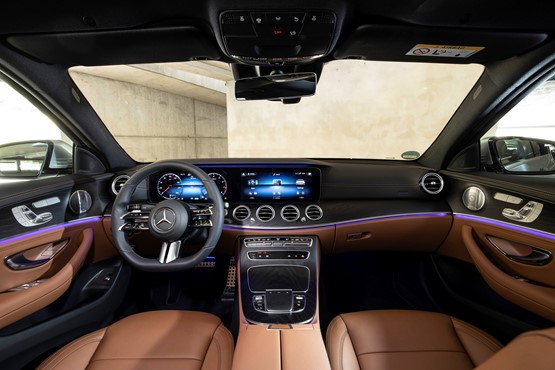 Visually, the E-Class has been given a noticeable makeover. The front end borrows more styling cues from the CLA and CLS, with a sleeker appearance.

At the back, the E-Class has lost some of its retro curves that mirrored the E-Classic 300SL ‘Gullwing’, for a more conservative squared-off tailgate.

Inside, the dashboard is much the same as before, bar the glaring omission of a rotary controller for the infotainment.

As with other new Mercedes models, the E-Class is now fitted with a laptop-style touchpad. Simply, it’s a disappointment. Other manufacturers are following this trend and we can’t understand why, as the rotary ‘knob’ is much easier for drivers to use on the move.

To mitigate this, Mercedes has made the infotainment screen a touchscreen; although its position on the dashboard makes it difficult for the driver to reach it, unless their name is Mr Tickle.

Talking of screens. The E-Class gets two high-resolution 12.3-inch displays as standard across the range now, in the same widescreen layout that the old car offered.

You can also tell the E-Class what you want it to do by saying the magic phrase ‘Hey Mercedes’ followed by ‘I’m cold’ or ‘I want to go home’. The system responds well to commands and uses artificial intelligence to better itself.

The other big change inside is the new steering wheel. Two are available, dependent on trim level, and both feature touch-sensitive panels rather than buttons. We thought these would be a bit fiddly, but they are surprisingly effective and easy to use. They control the majority of functions, including audio, cruise control and can control either display. 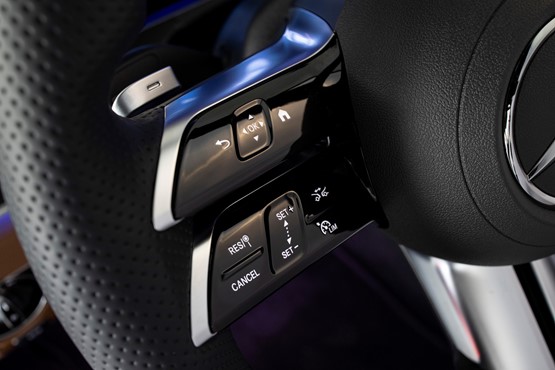 The powertrain line-up starts with the E 200, which uses a 2.0-litre turbocharged petrol. It develops 197PS and can achieve 38.7mpg with CO2 emissions from 165g/km.

Fleet customers are likely to favour the E 220 d or one of the two plug-in hybrids, however.

Both plug-ins can cover around 34 miles on electricity, meaning they sit in the 10% BIK band, but they are priced higher at £46,175 for the e and £47,425 for the de. Overall running costs are still slightly higher, but this might be offset by the green credentials of running hybrids, along with ULEZ savings if travelling to London.

Dynamically, the E-Class has retained its comfort-focused drive, which is a good thing as it delivers a sublime motorway cruising experience.

The E 220 d will suit the highest mileage users that will require consistently high mpg, but it’s hard to ignore the plug-in models for their low BIK and strong economy. When we tested the E 300 de last year, we achieved almost 70mpg over 8,000 miles.

All trim levels come with the same ‘Agility control suspension’, so there’s no impact on handling or ride quality as you move through the range. This may upset keener drivers, but they could always opt for a BMW 5 Series instead.

AMG Line Edition adds AMG styling features and is the base trim for plug-in models.

The new S-Class will move the game on more than this facelifted E-Class does, but that’s fine with us because it’s still one of our top picks.