Average van CO2 emissions across the FN50 have dropped to a new low of 162.9g/km after falling slightly faster than they did this time last year.

This is likely to be due to fleet operators continuing to adopt Euro 6 diesel vans, although many will still be operating Euro 5 ones, potentially creating a challenge when the ultra low emission zone (ULEZ) is introduced in London and other cities adopt clean air zones.

Major leasing companies are advising fleet operators to look out for how they might swap vehicles around on their fleet to ensure their cleanest vans enter these zones.

In last year’s FN50, Peugeot Contract Hire and Citroën Contract Motoring led the way in terms of average van CO2 emissions with 120g/km and 122g/km respectively. This year, Free2Move Lease – formed when the two combined – still has the lowest average of the top 10 FN50 companies (141g/km). But it is smaller leasing companies recording the lowest figures.

The leasing companies with the lowest averages are Affinity Leasing (30th), Traction Finance (43rd), each with 129g/km, and Total Motion (24th) with 139g/km.

Of the top 10 leasing companies, Hitachi Capital Vehicle Solutions, Arval and LeasePlan have the lowest (after Free2Move Lease), with 166g/km, 166.4g/km and 167g/km respectively.

Again, it is mainly the smaller leasing companies that have the lowest average CO2 emissions for vans delivered so far this year with Traction Finance reporting 125g/km, Affinity Leasing recording 129g/km and Total Motion recording 135g/km. 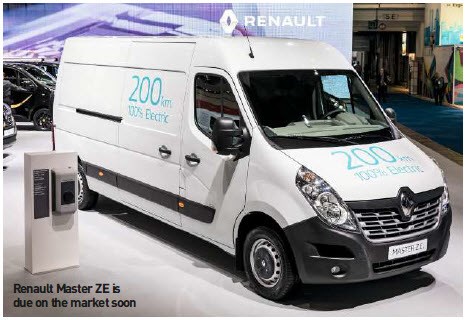 Of the top 10 leasing companies, Free2Move Lease has the lowest average CO2 emissions for deliveries with 129g/km, followed by LeasePlan (138g/km) and Arval (152.3g/km).

These figures are all below the overall average CO2 emissions for van deliveries this year of 154.3g/km.

Diesel continues to be the favoured fuel type across the FN50, taking a 99% share of the fuel mix, as it suits high mileage van fleets.

This is a tiny fraction down on last year’s figure (99.49%) with petrol and electric both recording very modest increases in their shares.

But more than half (27 companies) have not ordered any hybrid vans this year.

This is likely to be due to the lack of hybrid vans on the market, although fleet operators and leasing companies have been encouraged by the news that Ford is to trial 20 Transit Custom plug-in hybrids for 12 months from this December, with the intention of bringing the van to market in 2019.

Where appropriate, fleet operators have adopted electric vans, such as the Renault Kangoo ZE and Nissan e-NV200 but, again, options are limited, restricting take up.

“Unlike cars, where there is a rapidly growing selection of pure EV and plug-in hybrid vehicles, vans have stayed pretty static and the options are principally in the small van sector,” says David Watts, consultant at Arval.

Traction Finance has the most electric vehicles (5% of its fleet), followed by Alphabet (1%).

Of the top 10 leasing companies, Alphabet has also ordered the most electric van this year (0.76%).

Diesel continues to be the dominant fuel choice for cars across the FN50 with a 71.4% share but there has been a greater uptake of petrol, hybrid and electric cars this year.