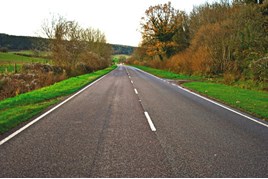 IAM RoadSmart is giving its backing to a campaign by the Road Safety Foundation for the Government to inject £220 million in improving high risk ‘A’ roads across the country.

Last year, the Government allocated a £175m Safer Roads Fund to tackle the 50 most dangerous local A roads in England. These roads have been inspected, solutions designed and the first findings will be reported in 2018, but funding is needed to improve a further 6,000 kms of high risk routes.

IAM RoadSmart believes the investment is a relatively low-cost way of making an immediate difference to roads that are a risk to high numbers of road users.

Neil Greig, IAM RoadSmart director of policy and research, said: “A lot of research has gone into identifying which roads could be improved at a modest cost, delivering fewer serious injury and fatal crashes, as well as less disruption on our already overburdened roads.”

For the first time, the Road Safety Foundation/Ageas UK partnership has launched an interactive Road Crash Index which shows the level of road safety improvement (or declining performance) in each county between 2010-12 and 2013-15. That information can be found at www.roadcrashindex.org

IAM RoadSmart’s own Safety Culture Survey (to be launched later this week) found that 83% of drivers support the publishing of annual maps that show the locations of motor vehicle accidents in which people were seriously injured or killed.

The road at the top of this year’s list is the A537 between Macclesfield and Buxton, known as the Cat and Fiddle, in the Peak District. This short section of road has been listed in the persistently higher risk list six times in the last 10 years. At its peak in around 2006 to 2009 there were around 10 fatal and serious crashes on average every year.

Road safety charity IAM RoadSmart has launched its own manifesto calling on all road safety professionals to work together to reduce the number of people killed and seriously injured on the UK’s roads.

Lesley Upham has announced her tenure as commercial director for IAM RoadSmart will come to a close at the end of July.