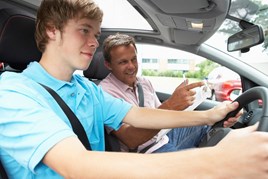 Almost half (47%) of 2,000 motorists surveyed by Continental Tyres think the driving test should be frequently updated to reflect new automotive technologies and changing driving practices.

However, only around a quarter (26%) would be happy to be re-tested every five years.

The research for Continental Tyres is released as a new driving test comes in to force today (December 4). The changes include increased independent driving time, taking directions from a sat-nav and different driving manoeuvres.

The exam changes mark just the eighth revision to the practical test since it was introduced in 1935.

Continental Tyres' research found that drivers want to see revisions that are more safety-focused, including better understanding of the laws around mobile phones (64%).

The study for Continental Tyres also found that six in ten people were unaware that the driving test was about to change.