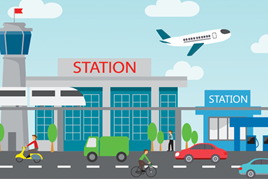 The Government’s newly-unveiled industrial strategy provides important signals about where fleets may be heading in the future, says Arval.

The document, released last week, named the future of mobility as one of four ‘grand challenges’ facing Britain in the 21st century.

It states that the country should aim to become a world leader in transport through innovations in engineering, technology and business models. The UK’s road network “could dramatically reduce carbon emissions and other pollutants (while) congestion could be reduced through higher-density use of road space enabled by automated vehicles.”

Mike Waters, head of insight at Arval, said: “It is clear that what the Government envisages is a future for road transport – both people and goods – that makes maximum use of low emissions technology and, if not fully autonomous vehicles, then something close to them.

“This is a vision that, while not unexpected, shows the level of ambition that exists at the highest level. To bring about the kind of transport infrastructure being envisaged would require fundamental changes in everything from the fuel used by vehicles to how they are used.

“The question now is how the Government plans to bring this about. Generally, the industrial strategy itself has been warmly received. Now we must see what additional steps are introduced to help make the grand challenges a reality.”

Waters added that there were signs in the budget that the Government is beginning to introduce some measures that will help contribute towards this future vision.

“The £400m earmarked for the Charging Infrastructure Fund is a positive step in making EVs more of a practical proposition for all users and continued moves in this direction will, if maintained, help to have a substantial impact on vehicle emissions,” he said.

“The Government itself is leading by example in this area by stating an aim of ensuring that 25% of all of its fleet vehicles will be ULEVs by 2022.”

Furthermore, he said that, with a backdrop of major change for the UK, it was vital that fleets were given a clear indication towards the Government’s longer term vision.

“We are clearly living through changing times with a higher than normal degree of uncertainty. Working with a wide range of fleets, we are helping to create innovative short-medium term strategies that minimise risk and maximise efficiency taking advantage of the unpredictable context,” explained Waters.

“However, it is also essential to be able to look to where we may be in 10 or 20 years or further into the future and see how fleet operations are likely to develop. It is important that we are able to sit down with customers and provide a considered view and practical insight.”

For more on the Government’s industrial strategy and its impact of fleet see the next edition of Fleet News.

A consortium led by TRL has been awarded £13.4 million of Government funding to create a world-leading, real-world test environment for the development of future mobility solutions.

Transport Committee launches inquiry into Mobility as a Service

Inquiry to examine the transformative potential of an integrated, multi-mode MaaS app, and overcoming barriers to implementation in UK cities and regions.