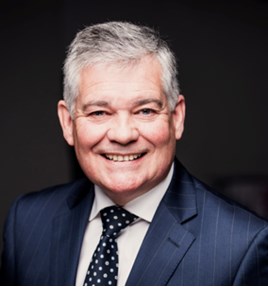 Vehicle and asset finance specialist Maxxia Group is warning UK businesses that ditching company cars in favour of cash allowances for perk drivers carries a number of cost and duty of care risks.

The company says it is holding increasing numbers of conversations with businesses which are looking at the implications of retaining only essential user vehicles.

Gordon Calder-Jones, Maxxia director, said: “Due to recent adverse publicity and Government intervention, we are seeing increasing numbers of businesses thinking of ditching perk cars, often for quite senior employees, without fully considering the consequences.

“These including rising costs for employee and business alike, plus duty of care issues that many businesses are simply not aware of or fail to fully understand the implications of.

“Increased numbers of grey fleet vehicles raise all sorts of duty of concern issues, as businesses are potentially leaving themselves wide open under various aspects of health and safety legislation in the event of a serious accident.

“What we generally find is that, after going through all the factors with the business involved and fully explaining the implications of their actions, that they have a change of heart and decide against going down the route of ditching their perk cars.

“Businesses really need to engage with their advisors and seek expert guidance before they contemplate making wholesale changes of this nature."

Maxxia is advising businesses that there are three main areas of risk from taking such action.

The first is the increased costs to the employee. On their own, employees do not have access to the corporately negotiated discounts with vehicle manufacturers and supplying dealers that suppliers such as leasing companies have.

Employees will no longer have to pay benefit-in-kind tax, but the saving is not usually sufficient to offset the additional costs associated with the maintenance, servicing, insurance and depreciation of the vehicle which they will now have to bear themselves.

In addition, employees are able to reclaim all business mileages at the current AMAP (approved mileage allowance payment) rates of 45p per mile for the first 10,000 miles and 25p thereafter.

This is compared to the current AFR (advisory fuel rates) rates which are determined by fuel type and engine size and which are typically much lower. As a result, the business potentially faces much higher mileage costs than it did previously.

There is then the question of duty of care for what could potentially be a large ‘grey fleet’ created by increased cash allowance vehicles. Typically, grey fleet vehicles are defined as those that are privately sourced and maintained, but which are still used on corporate business.

A study by Maxxia’s sister company CLM last year found that one in six businesses that provided grey fleet vehicles carried out no checks on them at all, including licence, business insurance and condition checks, to mitigate the associated risks.

Grey fleet cars have been shown to be typically more polluting than new company-provided cars and present more duty of care concerns, as they are unlikely to be so frequently serviced or as well maintained as company vehicles.