The best selfies shared on Twitter by the 1,379 guests at 2018 Fleet News Awards

Fleet News has selected the best selfies and snaps shared on Twitter by attendees of the 2018 Fleet News Awards.

Using the tag #FNAwards some of the 1,379 guests in attendance at the awards shared their selfies and snaps from the 'Oscars' of the fleet industry.

We've chosen our favourites here, alongside stats about the best performing tweets.

Two awards in the last week!! We were awarded the 'Technology of the Year' award at the #CommercialInsuranceAwards 2018 @CIR_Magazine and last night we added to the collection the 'Most Innovative Use of Technology' award sponsored by @NissanUK at the @_FleetNews 🎉🏆🏆 #proud pic.twitter.com/LAmhP0GWSK

The best performing tweet of the night shared from the Fleet News twitter page (@_FleetNews) was the announcement that Enterprise had been awarded Best Rental Company of the Year, gaining more than 4,000 impressions and a whopping 52 retweets.

The team assemble looking rather dapper ahead of the #FNAwards pic.twitter.com/XrdxkVXNVN

This was closely followed by news that Julie Madoui of Skanksa had been given the prestigious honour of Fleet Manager of the Year.

The snaps shared on Twitter complement the 365 pictures taken by photographer Chris Lowndes on the evening, available to view in the Fleet News Awards 2018 gallery, and the Awards paparazzi who were quick to grab a shot of attendees as they arrived.

Despite more than 1,000 bottles of wine consumed on the night, all the tweets were legible and paid credit to the annual fleet networking event of the year.

Thanks to the generous donations, the night raised £12,500 to Marie Curie and Fleet News would like to thank everyone who dug deep.

Sandra Evitt, Kate Howard and the events team who were the masterminds behind making sure the night went off without a hitch did not manage to drag themselves away until 3:15am the following morning -  seeing all the brilliant selfies and positive interactions on social media made it all worthwhile.

What a great evening at the #fleetnewsawards and we were very proud to be named best rental company for the second year in row! Thank you to all of our customers and those that voted for us. pic.twitter.com/zAs5iazDdV

We are sad to bid farewell to the awards for another year, but watch this space for announcements on how to enter the Fleet News Awards 2019. If the pictures are anything to go by, it would be a shame to miss it.

And finally, the events team (with Fleet News editor Stephen Briers, standing) who would like to thank all the guests for making the awards so successful.. 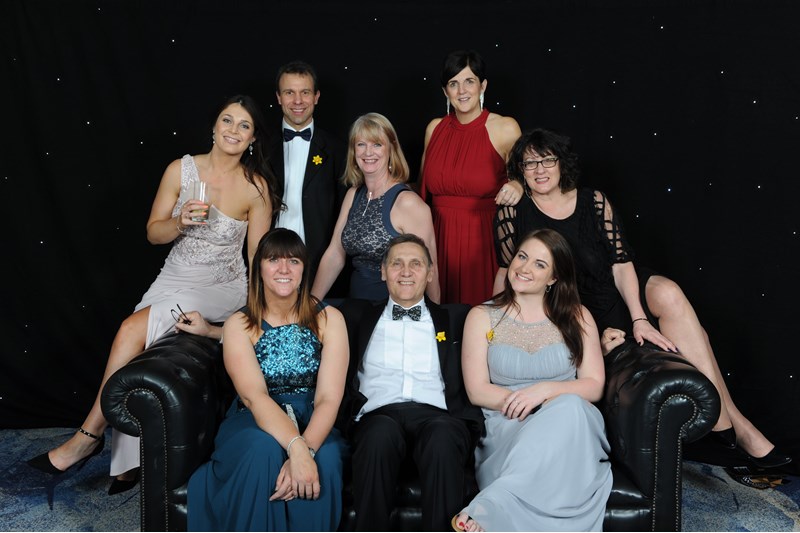 Fleet managers and finalists for the Fleet News Awards have been sharing their excitement ahead of tonight's event.

Toyota has announced its win of the Green Fleet Manufacturer Fleet News Award, which shows “commitment” to improve environmental performance.

Mercedes-Benz is celebrating being named Fleet Manufacturer of the Year at the Fleet News Awards, held in London on March 14.