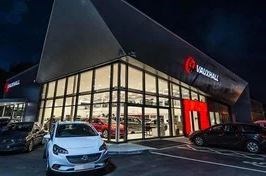 PSA Group plans to cull more than 100 of Vauxhall’s 324 UK retail locations within the next 12 months, threatening more than 3,800 motor retail jobs, according to Automotive Management.

The manufacturer, which recently announced that it was seeking to cut 650 jobs at Vauxhall’s Ellesmere Port plant, is trying to increase profitability amid falling demand for Vauxhalls.

The news that PSA Group ‘plans to cut one in three Vauxhall retail sites’ broke on Automotive Management's (AM) website yesterday.

Franchisees said they would be forced to make sales, workshop and administrative staff redundant as part of the cull. Based on the AM100 average of 38 staff members per retail outlet, that amounts to more than 3,800 jobs at risk.

“PSA Group has already implemented savage cuts in its manufacturing operations and it looks like that is set to continue in retail. A third of dealerships will go,” said one operator of multiple Vauxhall sites.

The dealer, who asked to remain anonymous, added: “This is action that the brand needs to take quickly to maintain profitability in the network. It will happen within the next 12 months.”

Vauxhall told AM that any reductions in its retail network – currently made up of 324 car sales sites and a further 53 authorised repairers, with 96 sites selling commercial vehicles – would be “part of the normal business cycle”, before insisting that “none are related to the acquisition”.

The statement added: “The Opel/Vauxhall PACE! plan is improving the efficiency of the business in all areas.

“Within the plan, the go-to-market strategy is being carefully reviewed, including the contractual framework with dealers. We have no further comment to make at this stage.”

PSA Group brands suffered stinging volume declines last year, with the SMMT reporting a 16.55% decline in Peugeot sales, a 23.26% decline in Citroën and DS (combined), and a 22% fall for Vauxhall, to 195,137 vehicles.

Vauxhall ended 2017 with its market share at 7.8% – its lowest point this century and a far cry from its 2008 high of 14.02% – as Volkswagen overtook it into second place on the UK best-sellers list.

In February, Vauxhall’s market share fell to 6.01% as it was outsold by Audi and Mercedes-Benz, with the Kia Sportage among the models now outselling its once popular Corsa hatchback. Year-to-date, Vauxhall’s new car registrations are 13.17% behind the same period in 2017, at 17,512.

AM’s dealer source said the declining numbers are having a significant effect on the profitability of a retail network built to handle much higher volumes, which peaked at more than 330,000 in 2007.

“Last year, I think the network ended up at around 0.35% return-on-sales. You cannot sustain that for long. Without the volume there are just too many sites,” he said.

“Whether this is a crisis is a moot point, but either way, many Vauxhall dealers will already be saying ‘enough’s enough’.”

Norman told the Financial Times in mid-January that the Ellesmere Port plant’s fortunes were “inextricably linked” with the strength of Vauxhall’s sales in its home territory.

Norman will be implementing the PACE! recovery plan – devised by Michael Lohscheller, the chief executive of Opel Automobile, and his board – in the UK.

PACE! also targets a return to profitability for the brands, which have failed to make a profit this century, aiming for a 2% operating margin by 2020 and 6% by 2026.

In the UK, the solution looks like it will come in the form of a reduced push for volume – a process driven by retailers’ pre-registration activity and rental deals from the manufacturer – along with a new range of more desirable cars and a reduced number of outlets to take a share of sales.

A spokesman for the Department of Business, Energy and Industrial Strategy said: “As this hasn’t yet been confirmed by PSA – it would be inappropriate for the Government to comment on a commercial matter for the company.”

A spokesman for the SMMT said: “It’s not SMMT policy to comment on commercial decisions/activities of individual members.”

Vauxhall has laid out plans for a more “conservative” year in 2018 as the market faces challenges over economic uncertainty,

Fleet customers looking for a more exciting Vauxhall Insignia will be pleased to know the new GSI is available with a diesel engine.