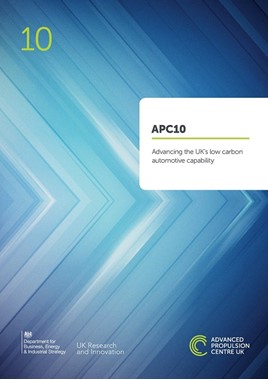 The Advanced Propulsion Centre (APC) has made up to £30 million available for the development of low carbon powertrain technology in the UK in its 10th funding competition.

Funding is available for a wide range of low carbon projects and the competition is open to consortia of organisations including vehicle manufacturers, tier one suppliers, SMEs and academic institutions.

"This latest round of APC funding, and the innovations it will support, will help to further establish the UK as a leading destination for the development of low carbon technology.”

Since the APC was founded in 2013, it has awarded funding to 36 UK-based projects, all with the aim of developing innovative low carbon emissions technology.

With projects valued at nearly £600 million, APC funding has helped vehicle manufacturers and suppliers to develop a number of vital low carbon technologies.

Earlier this year, an APC project enabled Nissan and its partners develop the production process for the new Nissan LEAF’s high-capacity battery.

Ford has also been able to develop new low emissions technology, which will go into production on its 1.0-litre EcoBoost engine shortly.

The latest competition is open to projects costing between £5 million and £40 million, lasting for between 18 and 42 months. Competition entries must be submitted by June 27, 2018.