One in 10 employees suspect illegal drug use by colleagues, research finds 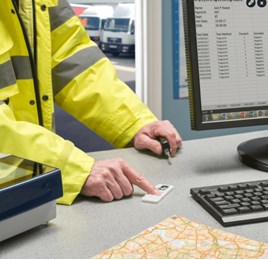 More than one in 10 workers across the UK have suspected a colleague of taking illegal drugs, rising to 24% in London, research by Intelligent Fingerprinting has found.

The research, commissioned by the supplier of drug screening systems to determine UK attitudes to drug screening in the workplace, also found that one in five employees took no action to help or confront the colleague they suspected of drug use.

Dr Paul Yates, a director at Intelligent Fingerprinting, said: “Drug misuse has always been a concern when it comes to health and safety in the workplace, however this latest research suggests the issue could be even more widespread than previously thought.

"It is clear that drug usage not only puts the safety of individual employees at risk, but also contributes to the cumulative workplace accidents that cost the UK some £4 billion every year.

"It’s particularly an issue in those sectors where drug misuse takes place in safety-critical working environments such as construction, manufacturing, logistics, public transport networks and utilities.”

The research also found that 43% of the 1,200 respondents worry that working alongside someone under the influence of drugs makes their workplace unsafe.

Just under a quarter (22%) have suspected a friend of taking illegal drugs, but again those one in five did nothing about it.