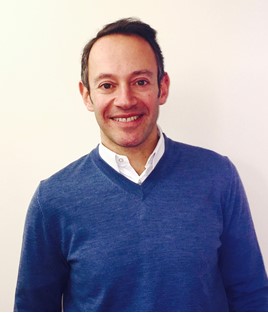 The fleet industry needs to form stronger links with the Government to avoid a repeat of the uncertainty currently engulfing the sector, says Meridian Vehicle Solutions.

Phil Jerome, managing director at the medium term rental specialist, said that issues such as WLTP and the lack of benefit-in-kind tax bands past 2019/2020 is leaving the industry in a “state of some confusion”.

To avoid this, it would be desirable to set up a forum that acted as representative of the industry’s ideas and liaised with government.

Jerome said: “As a sector, we find ourselves having to deal with a whole series of issues generated by new legislation and policy that is leaving our customers – effectively UK plc – in a state of some confusion.

“A lot of these could very possibly have been avoided with better planning surrounding the introduction of new rules or better dialogue about policy, both on the part of government and the fleet industry itself.

“For a long time, we have operated as an industry on very firm, well-signposted legislative foundations and these have failed over the last year or two.

“Clearly, something has gone wrong and it does seem as though there has been a breakdown in communication.”

Jerome said that, alongside the work of established fleet industry bodies, it was desirable to create some kind of forum that acted as representative of the industry’s ideas and liaised with government.

He added: “This is not to denigrate the work of our existing sector organisations, which do an excellent job, but perhaps we need something new that works purely as an advocate of the industry’s concerns and interests.

“Certainly, while trying to sort out the current series of issues that seem to have descended on us, we should also have one eye on the future and be putting measures in place designed to reduce the possibilities of a similar situation occurring.

“There are a wide range of subjects emerging that come under the government’s purview – from autonomous vehicles to clean air policies – and we need to make sure that the voice of fleets is heard.”

Working with the British Vehicle Rental and Leasing Association (BVRLA), fleet association ACFO, fleet operators via our Fleet200 and the wider fleet sector, we are highlighting the areas where action needs to be taken, such as BIK  and WLTP.