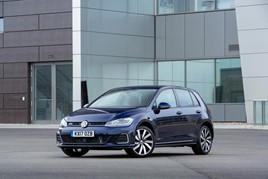 The market was boosted by increased demand in Spain and France, as well as double-digit growth in midsize markets such as the Netherlands, Austria and Poland.

Felipe Munoz, global analyst at JATO, said: "The results from July are certainly positive and a clear sign that the market is recovering well, despite the current challenges it faces over diesel and CO2 regulations.

"Although these results are encouraging, part of the growth could potentially be explained by more consumers and dealers buying cars before the WLTP test process is extended to cover all new car registrations on September 1.

"It will be interesting to see how the market performs in August, and whether this confirms the theory."

Demand for SUVs continued to grow throughout July as their volume increased by 35% to 461,900 units - a 35.3% share of total registrations.

The SUV market continued to be dominated by compact SUVs, which accounted for 198,300 registrations. Volkswagen Group led the sub-segment with a 22% market share, followed by Renault-Nissan (17%) and Hyundai-Kia with 13%.

Volkswagen Group also led in the midsize SUV sub-segment, which saw registrations rise 15% to 73,000, while the volume of large SUVs sold was stable at 20,900 units.

Demand for sub-compacts, compacts and city cars also grew, but at a slower pace than the overall market.