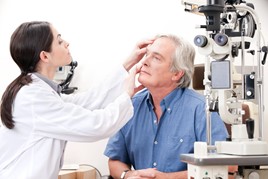 A survey of more than 2,500 GEM members reveals that 75% support mandatory eye testing for anyone returning to driving following a court ban or medical revocation, with 71% in favour of requiring a current eye test certificate to be provided at the time of renewing a photocard licence.

DVLA figures indicate that nearly 50,000 motorists had their licence revoked or refused between 2012 and 2016 due to poor vision. A 2014 study by the road safety pressure group, Brake, showed that 1.5 million UK motorists had never had their eyes tested.

GEM road safety officer Neil Worth commented: “If you can’t see properly, you shouldn’t be driving. Poor eyesight is linked to more than 3,000 casualties every year. We are worried that there are just too many people driving whose eyesight has deteriorated to an unacceptable level.

“We believe it is entirely practical and sensible to require a test of visual acuity and field of view every 10 years, something that would fit in with licence renewal.

“Tests of this kind would not only make our roads safer, saving lives, disability and many millions of pounds through the reduction in the number of crashes, but they would also play a vital role valuable tool in the early diagnosis of many other costly medical conditions, irrespective of driving.

“Lastly, we want to see much more widespread and regular enforcement of eyesight regulations so that anyone with poor vision thinks twice before putting themselves and others at risk by getting behind the wheel.

The road safety believes that regular mandatory eyesight tests for drivers would offer more than just a simple and effective way of reducing collisions caused by defective vision. It is urging as many people as possible to show their support for reforms to eyesight regulations and for road safety, by signing the ‘Driving Blind’ petition.

“The time has come to accept that the current driver eyesight test simply isn’t fit for purpose,” said Worth. “Self-certification is not acceptable for drivers, especially as more and more people expect to stay behind the wheel into their eighties and beyond.

“This, coupled with the greater volume of traffic and an increase in distractions, both inside and outside the vehicle, points to the clear need for more regular and detailed eyesight testing.”

The call for action by GEM comes after police launched a crackdown on poor eyesight. Drivers stopped by police are being required to read a number plate from 20 metres.

If they are unable to, then the police officers in those areas will implement their powers to request an urgent revocation of a licence through the DVLA if they believe the safety of other road users will be at risk if that motorist remains on the road.

The DVLA is encouraging drivers to take the ‘number plate test’ as a quick and easy way to check they meet the minimum eyesight requirements for driving.

One in four motorists could fail eyesight test