One in eight drivers admit falling asleep at the wheel, AA research finds 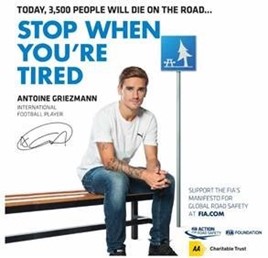 One in eight (13%) of drivers in the UK admit falling asleep at the wheel, according to new research by the AA Charitable Trust.

This research follows publication of the latest Government road casualty statistics which show drowsy drivers contributed to 53 fatal and 351 serious crashes in 2017.

The AA Trust said it is widely accepted the true figure for fatigue related crashes is much higher due to under-reporting. In fact, it is estimated that up to 25% of fatal accidents are caused by drivers who have fallen asleep at the wheel.

The research has been launched as part of a nationwide campaign by the AA Trust and FIA Foundation to alert drivers to the dangers of drowsy driving.

Edmund King, AA Charitable Trust director, said: “One quarter of fatal crashes are sleep related so drowsiness is one of the most under-estimated risks on the roads.

“Tiredness is a fact of life at some point for most of us and it is crucial we know how to manage it in relation to driving.

“Crashes involving a drowsy driver tend to be catastrophic. If a driver has fallen asleep at the wheel they do not brake before an impact and make no attempt to steer away from a collision.

“A driver who nods off for just three or four seconds on a motorway would have covered the length of a football pitch with closed eyes. A 30-second nap while travelling at 60mph covers half a mile; a terrifying thought.

“Simple measures can help alleviate the risks. Awareness of the problem is the first step, which is why we have launched this campaign and created an advert highlighting the dangers.

“Winding down the window, singing and turning up the radio are not remedies to tiredness – rather a symptom in themselves.

“If you feel tiredness creeping up on you when driving then stop and take a break.”

The campaign will feature an advert designed to wake drivers up to the dangers of fatigue.

It shows a driver on a monotonous stretch of road at night. Various relaxation techniques are applied to him by a team of masseurs in a surreal representation of how tiredness can ambush drivers.

The ending snaps back to reality with a wide shot of the car, the driver asleep, no masseurs inside, veering to one side over the crest of a hill with oncoming headlights. The payoff reads: Don’t let tiredness creep up on you. Stop. Take a break.

Dr Katharina Lederle, sleep expert at Somnia and author of Sleep Sense, said: “The simple truth is the only long-term cure for sleepiness is sleep and drivers are not able to fight it off by opening the window or turning up the radio.

“Drinking caffeine and having a short nap before the caffeine effect kicks in - about 20 minutes - is a short-term solution.

“It can help drivers increase their alertness sufficiently to carry on driving for another hour or two. But this is no substitute for proper sleep.

“There are certain times of day when the risk of driver fatigue is highest, specifically between 2am and 6am and 2pm and 4pm, when the internal body clock is promoting sleepiness.”

“Sleeping” among reasons drivers give for stopping on hard shoulder

“Sleeping” among reasons drivers give for stopping on hard shoulder