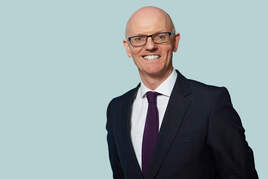 The bill, developed by the Government in partnership with motorists’ groups, proposs a strict new code of practice for the sector and a one-stop shop for appealing penalties issued by private parking companies.

Nexus has backed The Parking (Code of Practice) Bill 2017-2019 after its own data revealed the number of business drivers had increased almost threefold, 95% of which are estimated to come from private parking firms.

In 2012, 1.4% of all Nexus’ daily business car rentals incurred parking penalty charges, which rose dramatically to 2.6% of all bookings in 2017.

Under the proposed new rules, parking officers would have to give drivers a ten-minute grace period when exceeding agreed parking durations and fines handed out by firms would not be able to exceed £100.

David Brennan, CEO at Nexus Vehicle Rental, said: “As a major mobility provider for UK businesses, we’ve experienced a first-hand increase in the often unfair and disproportionate fines issued by private operators, who are now dishing out charges in the UK roughly every five seconds.

“We very much welcome the Commons’ approval of the Bill and eagerly anticipate its first reading in the House of Lords.

“While we feel the changes can’t become law soon enough, we urge motorists to be vigilant when faced with private parking charges and hope our guide will directly support those facing unfair penalties.”