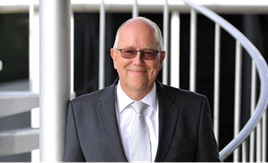 Company cars may soon become less of a status symbol as employees instead focus on efficiency instead of badge appeal, says FleetCheck.

Peter Golding, managing director of FleetCheck, said: “Historically, in a corporate environment, there has been quite a strong emphasis on the company car you were given as a signifier of your position within the organisation.

“It has been part of fleet culture. However, that situation has already been changing and hierarchies could further flatten significantly, we believe.

“That doesn’t mean that they don’t want a ‘nice’ car – they probably do – but the model and grade is less of a priority.

“Similarly, they may well be more concerned about the car from an environmental point of view and their priorities about the vehicle may well be different from a more traditional company car driver.

“Certainly, there are indications that larger numbers of younger people are more interested in zero emission vehicles than outright performance, for example.”

Earlier this year, the Government announced changes to the company car BIK tax regime, which will mean drivers of fully-electric cars will pay no BIK in 2020/21.

Golding said this is the latest development in an ongoing trend designed to encourage company car drivers into cleaner vehicles, which is likely to lead to further reduced interest in the kind of bigger-engined vehicles that have dominated the upper echelons of choice lists.

He added: ““It is arguable that what we are seeing is the final stages of the company car sector moving away from perk to job-need cars, something that has been underway for a while.

“Really, anyone who is interested in an expensive, powerful perk car has probably already long since shifted to take a cash option that is now channelled into a PCP or PCH.”

Golding said this trend was ultimately positive for organisations as it allowed more effort to be concentrated on maiximising efficiency.

He added: “Businesses want their fleet transport to be as cost effective as possible. The gradual removal of the requirement to provide a hierarchy of choice that includes, by design, models that are less efficient, is very much a move to be welcomed.

"It allows the company car to fulfil its primary role as the best transport solution available in many instances.”

Company cars remain the cleanest on the road, according to BVRLA

Company cars remain the cleanest on the road, despite average CO2 figures for new cars reaching a five-year high.

Business drivers have a choice: cash allowance or company car

New benefit-in-kind rates for company cars suggest drivers could be hundreds of pounds better off by registering a replacement vehicle prior to April 6, 2020.