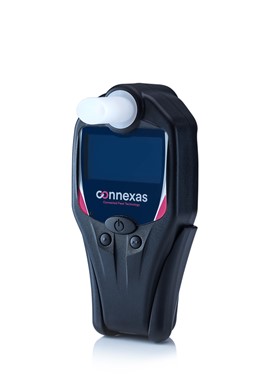 Following a vote by MEPs in April of this year, a host of new safety features affecting commercial vehicles across the EU will be rolled out from 2022. These will include the mandatory use of alcohol interlocks in addition to technologies such as intelligent speed assistance and advanced driver distraction warning.

Connexas’ CX-AID is a vehicle-tethered breathalyser, which prevents a driver from starting the vehicle if it detects any alcohol over a pre-set limit. Results are provided in real-time and reported via an online platform.

The launch of the new device follows the release of data by the Department for Transport (DfT) earlier this week, revealing a significant increase in drink drive-related fatalities, which rose to the highest level for 10 years. The DfT also published a Road Safety Action Plan earlier this year, which included proposals to make it mandatory to fit alcolock devices to the vehicles of convicted drink drivers in a bid to cut reoffending.

Andrew Overton, CEO at Connexas, said: “Most traditional breathalyser products only provide simple ‘pass’ or ‘fail’ information which is no longer enough for many fleet managers who expect more detailed reporting, including trend information, to allow preventative action.”

“Taking a proactive approach to fleet safety is increasingly important for all operators. In other European countries, such as France, it is already mandatory that all passenger vehicles are fitted with an alcohol interlock device. Not only is our drink drive limit the highest in Europe, the UK is also far behind many EU countries in terms of its legislation, and this shows in the rising number of drink drive-related fatalities.”

The Fleet News Safety and Risk Management resources can be found here.

The drink-drive breathalyser is 50 years old, with police carrying out the first roadside breath test on a motorist in Shropshire on October 8, 1967.

No improvement on drink-drive figures ‘disappointing’

New drink-driving figures show a lack of progress in tackling the issue, with the number of fatalities unchanged year-on-year.