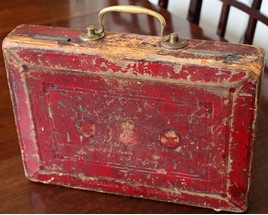 Fleets waiting for the Government to rubber-stamp new company car rates may have to wait a little longer with the date of the Budget now in doubt.

Sajid Javid quit his role as chancellor in the middle of a cabinet reshuffle yesterday. He had been asked to fire his team of aides, a request he rejected.

Rishi Sunak, former chief secretary to the Treasury, steps up to become the new chancellor, but a Downing Street spokesman would not confirm whether or not the Budget, scheduled for March 11, would now go ahead as planned. Instead, he would only say that “extensive preparations have already been carried out for the Budget and they will continue at pace".

On publishing the new rates in July 2019, the Government said it would bring forward legislation to implement them from April 2020.

The delay created more uncertainty for the fleet industry, with fleet decision-makers and company car drivers not knowing their tax liabilities for future years.

The Budget in March would have allowed the new rates to be adopted into law and, with the passage of the Finance Bill through Parliament expected to go beyond April 6 (when they should become effective), it is understood the legislation would allow them to be backdated.

The fleet industry were asked at the start of last year to respond to a series of questions around whether vehicle tax changes were required once the new vehicle emissions testing regime – the Worldwide harmonised Light vehicle Test Procedure (WLTP) – is adopted for tax purposes from April.

It is a pressing issue for fleets as manufacturers say more than 50% of cars they make will see an increase from NEDC-correlated emissions values to WLTP of between 10% and 20%.

Fleets must now wait to see whether the planned Budget will go-ahead on March 11 or they will face further uncertainty.

The Government has announced that the Chancellor, Sajid Javid, has chosen March 11 as the date for his first Budget.

Changes to Government company car tax tables, published on its website, suggest tax officials are preparing for new rates to finally be adopted.