The fleet industry is hoping the general election does not derail new company car tax tables announced in the summer.

The new benefit-in-kind (BIK) rates were expected to be rubber stamped in the Autumn Budget, ahead of coming into force from April 2020.

However, continuing deadlock over Brexit has put the new company car tax rates and the required legislation on hold, after the Government decided to go to the polls.

Matthew Walters, head of consultancy and customer data services at LeasePlan UK, is hopeful that, considering the new rates were a “long time in the making”, they will be adopted into law “regardless of the election result”.

“We are, however, keeping a close eye on this to ensure our customers are informed and prepared for any potential developments,” he said.

The fleet industry had been asked earlier this year to respond to a series of questions around whether vehicle tax changes were required once the new vehicle emissions testing regime – the Worldwide harmonised Light vehicle Test Procedure (WLTP) – is adopted for tax purposes from April 2020.

It is a pressing issue for fleets as manufacturers suggest that more than 50% of cars they make will see an increase from NEDC-correlated emissions values to WLTP of between 10% and 20%. Fleet News has seen increases as high as 30%.

Walters explained: “Since the introduction of WLTP, there has been growing concern among fleet operators around the impact this would have on company car tax rates.”

Sarah Gray, fleet consultant at ALD Automotive, said: “The announcement of the EV BIK rate of 0% was very positively received this summer, so any delay not only sends a negative message but stalls the progress needed to facilitate the Clean Air Strategy and achieve the Government’s own Road to Zero targets.”

She continued: “Drivers and fleets are already confused about whether EVs are a viable option, and this just adds to that noise.

“With the latest reports on CO2 showing gains across popular vehicle segments, the argument for increased zero emissions is even more relevant and urgent and should not be delayed.”

SURGE OF INTEREST IN EVs

Many leasing companies, including ALD, reported an increase in requests for quotes on EVs, showing that the policy would help increase adoption rates.

Lex Autolease, the UK’s largest leasing company, told Fleet News that orders for pure electric cars had increased by 123% in the first two months following publication of the new rates.

Zenith reported an even bigger surge in pure EV orders, up 211%, while Alphabet and Total Motion both reported double digit increases.

That level of interest is understandable when, according to Deloitte, company car drivers who opt for EVs will cut employee total cost of ownership bills by 95%.

It said projected cost reductions were largely due to the new 0% company car tax rate on zero emission vehicles, down from the current rate of 16%.

Deloitte’s analysis says a higher-rate taxpayer (40%) receiving a diesel hatchback company car with a list price of £30,000, can currently expect to pay more than £18,000 in tax and fuel costs over a four-year period.

For a comparable EV, the employee total cost of ownership, which includes BIK tax, fuel for business and private mileage less any business mileage reimbursement received, reduces to £916: a saving of 95%.

Following the publication of the new rates in the summer, the Government said it would bring forward legislation to implement these changes from April 2020.

The new Government, once formed, will now have to pass legislation for the new rates to take effect. That said, the legislation could be retrospective, so doesn’t necessarily have to be passed before April 2020.

Caroline Sandall, chairman of fleet representative body ACFO, said: “We would hope that at the very least company car benefit-in-kind tax rates from 2020/21 to 2022/23 will be adopted in legislation immediately after the forthcoming election.”

Furthermore, given the shelving of the Autumn Budget and the proximity of the new tax year, Sandall is hoping that the next Chancellor of the Exchequer will also announce BIK tax rates for 2023/24 and 2024/25 to enable long-term fleet manager and company car planning.

A new Conservative administration would be expected to adopt the new company car rates as planned, while Labour and the Liberal Democrats have also vowed to incentivise the cleanest vehicles.

Rebecca Long-Bailey, Labour shadow business, energy and industrial strategy secretary, has said she would maintain the existing schedule for company car tax for pure electric vehicles at 2% beyond 2022/23.

She revealed a series of measures to help people and businesses make the switch to alternative fuel vehicles (AFVs) at the party’s recent conference.

She also called on car fleets to go 100% electric by 2025 by offering the removal of the £320 Vehicle Excise Duty (VED) surcharge on EVs bought for fleet use above £40,000; and installing EV charging stations in all workplaces that transition their entire fleet to EVs by 2025.

Long-Bailey says the Labour Party’s objective would be to secure “a rapid, but just, transition” from internal combustible engine (ICE) to zero-emission vehicles, with a firm ambition to phase out the sale of ICE vehicles by 2030.

Furthermore, she said a Labour government would invest £300 million to roll out community car clubs across the UK, with a fleet of 30,000 low carbon electric cars that can be rented through an app.

The Lib Dems have also pledged to reform vehicle taxation in a bid to encourage sales of electric and low-emission vehicles and develop EV charging infrastructure, including universal charging points.

The party wants to ban new registrations of petrol and diesel cars and small vans in the UK by 2030.

Tom Brewer, head of fleet sales and marketing at VWFS Fleet, says the leasing company is “assuming” the new company car tax rates will take effect, given the proposals have broad cross-party consensus.

He continued: “Any specific uncertainty around whether the election may jeopardise the implementation of new BIK tables is not a hot topic for customers; wider concerns on political uncertainty are however, having an impact on business confidence and investment more generally.”

The new Government is expected to announce a Budget once it takes office following the general election and the fleet industry will be hoping the new rates will then become law. 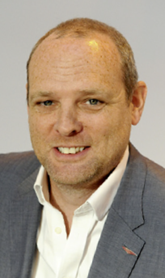