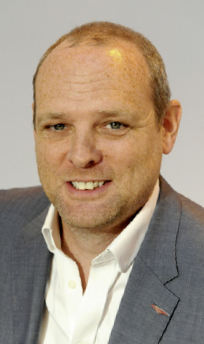 By Paul Hollick, chairman of the ICFM

The next Government must be in the driving seat to encourage the rapid uptake of plug-in vehicles after the previous administration’s uncoordinated approach undermined fleet manager and company car driver confidence.

Benefit-in-kind (BIK) tax is just one example. If the newly-elected Government, of whatever political persuasion, truly wants to see the UK car parc move from one based on internal combustion engine (ICE) vehicles to one where electric vehicles (EVs) are the norm, then there should be incentives across all motoring taxes.

ICFM has previously welcomed the 0% BIK rate set by the outgoing Conservative Government for introduction in April next year and –notwithstanding the general election result – hopes that it will be implemented. However, with increases to 1% and 2% due in 2021/22 and 2022/23 – admittedly tiny increases – an upward trend is in place.

Few, if any voters – and that includes fleet decision-makers – would disagree with the raft of measures already promoted by Labour and the Liberal Democrats if elected to ‘green’ the UK’s car parc. But the billions of pounds such projects would cost do not appear to be underpinned by hard-nosed costings.

What the newly elected Government should immediately do is to declare for 100% electric vehicles, at the very least, a five-year 0% benefit-in-kind tax rate and, over a similar period, a £0 vehicle excise duty rate for cars with CO2 emissions up to and including 50g/km; and bring capital allowances for contract hire and leasing companies on plug-in vehicles into line with those for outright purchase fleets.

That would at least provide a five-year window of taxation certainty to enable fleet decision-makers and drivers to plan without fear of any policy short-termism.

It should also be acknowledged by the new Government that for many fleets and drivers, EVs are simply not viable and, particularly for high mileage operations, a Euro 6 emission diesel car is the optimum solution. Therefore, politicians should not tax them out of existence.

But it is not just vehicle-related taxation where policies and rates need to be in place for the long-term. Fleet is crying out for joined-up thinking across Whitehall and local authorities and for the new Government to bring those involved together to see sense and deliver:

Meanwhile, the van sector requires massive help to transition to an electric vehicle future and, it seems, mainstream motor manufacturers may be struggling to deliver solutions. It is certainly true that their focus seems to be on increasing the range of plug-in cars available, while zero emission light commercial vehicle options appear to have taken a relative back seat in their plans.

There certainly appears to be a lack of stock availability of electric commercial vehicles for 2020 meaning that some fleet operators are having to commit to OEM allocations now or risk losing out.

Changes to legislation may also be required, as vans based on golf buggies and the like could be a solution for short journey urban use.

Taxation is just one issue, but it fundamentally changes people’s behaviour, so it needs to be rapidly addressed by the new Government, but the bigger plug-in picture is equally important.

To read the Fleet News story Hollick was commenting against, click here.