Coronavirus: Car-sharing ‘a thing of the past’ for some post-pandemic 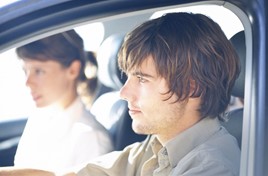 One in three people questioned say they are permanently planning to stop car-sharing, with two in five declaring that giving people a lift to work is now a thing of the past.

The results of the Motorpoint online poll suggest fears over Covid-19 could put pay to the arrangement for a significant minority of people.

That would result in passengers returning to public transport or more likely still, considering their fears over contagion, deciding to drive instead, with the potential for increased congestion.

The latest figures from the Department for Transport (DfT) show how low traffic levels fell at the start of the lockdown, but also reveal they starting to return to pre-lockdown levels.

Three months later and the day after retail outlets were allowed to open for the first time on Monday, June 15, car use had risen, but was still only at 70%. Van use and HGV use had grown to 84% and 92%, respectively.

Mark Carpenter, chief executive officer of Motorpoint, said: “The results of our poll are clearly understandable given Covid-19 and definitely reflect the desire by people to maintain social distancing at all times when outside of their home, whether it’s travelling to work, visiting friends or simply popping to the shops for a loaf of bread and some milk.”

Motorpoint has re-opened all of its branches in England and is re-opening branches in Wales this week.