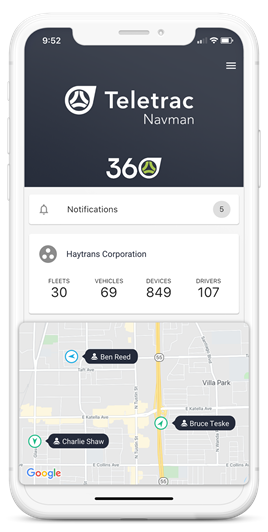 However, thanks to AI, the TN360 aims to remove the need for fleets to make sense of the data and allows them to take corrective action as soon as impactful outliers occur.

Back in 1989 the company built its own radio towers alongside the freeways of the west coast of the United States to track trucks.

“We could only track the trucks when they drove past the radio towers,” explained Meggers. Ten years later, he says that the industry was reimagined with precision GPS tracking.

“The next big step in telematics was when everything moved into the cloud and more data was captured to produce compliance and safety reports.

“We are now at the next iteration of that journey, bringing the latest and greatest in artificial intelligence technology to telematics and solving our customers biggest problems.”

He says it was important to mirror the ease of use customers experienced with other consumer applications. “They also didn’t want to hire a team of data analysts to make sense of the data,” he said.

“We’re capturing so much data now it’s way too hard for small or large fleets to understand it. It has to be as easy as asking a question on Google.”

Users of the new platform will be able to access business intelligence metrics simply by asking a question of TN360’s smart AI engine with voice-command technology.

The platform, which has been developed over the past 18 months, aims to enable fleets to recognise patterns of efficiency to highlight opportunities in areas like route planning, logistic workflows, maintenance, driver behavior, compliance and fuel management. It can also integrate with third-party applications such as cameras. 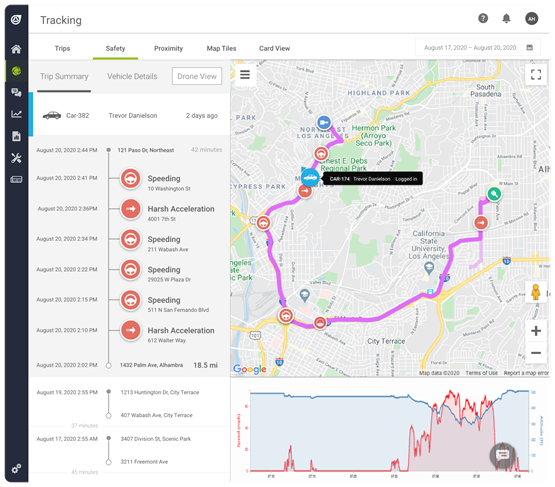 “Our goal is – and always has been – to simplify mobile asset and fleet management for our customers,” explained Andrew Rossington, vice president of technology at Teletrac Navman.

“We built TN360 with an AI-first approach on the latest technology stack, delivering a paradigm-shifting product. We use this technology to process the masses of data collected and turn this into real answers. The platform converts data into decisions.”

Traditional telematics systems rely mostly on GPS and motion sensors as they collect a narrow set of data-points, centered on location, diagnostics and routing. These systems process linear calculations and produce important but limited feedback, says Teletrac Navman. The TN360 marks the next phase of digital transformation in the mobile asset and fleet management market.

Richard Lilwall, vice president and managing director of Teletrac Navman UK, concluded: “TN360 marks a significant and progressive step for us as a business, powering a game-changing proposition for our customers, with the ability to completely transform their fleet operations and deliver much more meaningful outcomes.”

Teletrac Navman tracks and manages more than 550,000 vehicles and assets for more than 40,000 companies around the world