The UK has 900 more speed cameras than the USA and the fourth highest of any country, according to new research from Redex.

Looking at global speed limits for motorways and roads in rural and urban areas, Redex reports that in the US, some states allow vehicles to travel up to 75mph (120kph) in urban areas – 5 mph more than the legal limit on motorways in the UK.

The UK maximum for urban areas is typically 30-40mph depending on the type of road, with some roads around schools employing a 20mph speed limit.

Bahrain and Nepal employ the next highest speed limits in urban areas, both having a 50mph (80.47 kph) maximum.

On motorways, the USA imposes a 70mph speed limit, which is significantly lower than some countries.

Indeed, four countries – including Germany with its autobahns – do not enforce any speed limit on motorways, while others, including Iraq, Bulgaria and the UAE have an 87mph (140kph) motorway limit.

In terms of the lowest motorway speed limits, the fastest you can travel in Bhutan is 31mph (50kph) and in Bangladesh, Bolivia and Fiji it is 50mph (80kph).

Meanwhile, the maximum on rural roads in Bangladesh is 19mph (30kph), dropping to 16mph (25kph) in urban areas. In the Cayman Islands, rural roads employ a speed limit of 25mph (40kph) and 19mph (30kph) in built-up areas.

However, Redex says that does not include variable speed limit cameras on motorways, red light cameras, and other traffic control cameras – of which there are estimated to be roughly 31,000 around the world.

Redex said: “Whatever your view on speed cameras, their presence almost certainly contributes to the safety of our roads.

“Here in Britain, we’re fortunate to have the safest roads of any country in Europe, and the prevalence of speed cameras and tough penalties for speeding have a part to play in maintaining road safety.”

Redex is a developer of fuel additives and system cleaners. 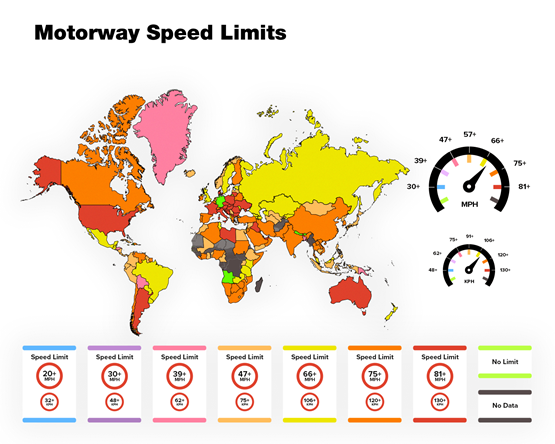 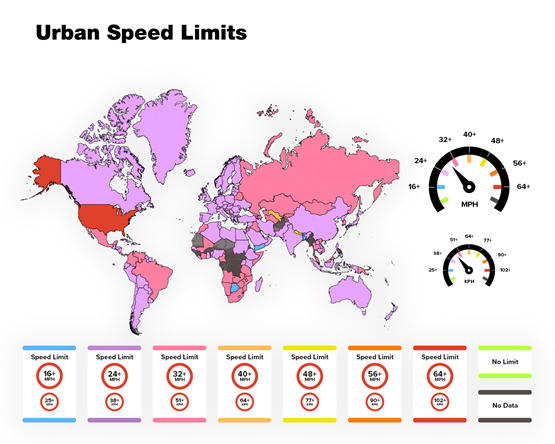 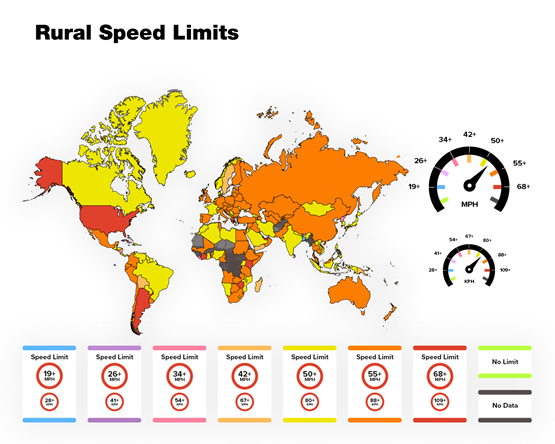 Highways England will increase the basic speed at which motorists can drive through roadworks to 60mph.

‘No need to speed’ theme announced for Road Safety Week 2020

The theme for UK Road Safety Week 2020 has been announced as ‘No need to speed’, following findings that a quarter of people think vehicles travel at a safe speed on the street they live on.