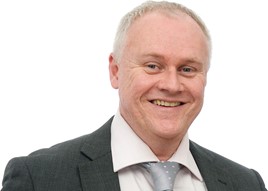 A review by Her Majesty’s Inspectorate of Constabulary and Fire & Rescue Services (HMICFRS) has cast doubt on whether police forces are doing enough to monitor and improve road safety.

The Department of Transport (DfT) have estimated that the national cost of all road traffic collisions is £36 billion per annum.

Since 1979, whilst the numbers killed in road accidents in England and Wales had been reducing, there have been recent increases.

It is accepted that one effective measure for maintaining road safety is the placement of speed enforcement cameras.

Whilst some police forces have adopted parts of the national roads policing strategy, some were unable to provide any evidence a strategy was in place to reduce deaths and serious collisions on roads.

Most forces were unable to demonstrate that placement of cameras was based on consideration of the causes of serious collisions on roads in their area.

Whilst police forces do not receive funds from fines and fixed penalties, they can recover costs for administration and provision of educational schemes.

Deployment of speed cameras is mainly carried out by road safety partnerships.

Not surprisingly, this has raised suspicion with police officers that the focus of activity for use of speed enforcement cameras was influenced more by increasing revenue than by reducing serious accidents in areas where a higher incidence of collisions was found to exist.

It should be noted, the number of dedicated road policing officers has decreased.

This has been found to have resulted in enforcement action lacking focus and appropriate evaluation of outcomes.

The report makes a number of recommendations and encourages police forces to share best practice on analysis of vulnerable road users, repeat offenders, or the causes of collisions.

It was also recommended that roads policing training should be standardised and accredited.

The report noted that whilst motorcyclists make up only 0.8% of traffic, they make up 26% of those killed or seriously injured.

With a likely significant increase in the number of cyclists using the road network, given one of the impacts of the Covid-19 pandemic, it is more important than ever that road safety is given a high priority by police forces and road safety partnerships.

Four out of five motorists say average speed cameras are more effective than traditional cameras that catch speeding drivers in one location, says the RAC.

‘No need to speed’ theme announced for Road Safety Week 2020

The theme for UK Road Safety Week 2020 has been announced as ‘No need to speed’, following findings that a quarter of people think vehicles travel at a safe speed on the street they live on.