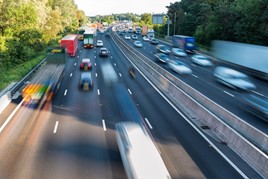 The remaining proportion (12%) of car and van trips are so-called intra-London movements, meaning the journeys both start and end in the capital but use the 117-mile-long orbital motorway as part of the route.

The new research, conducted by consultancy firm Atkins, a member of the SNC-Lavalin Group, and global location technology firm, TomTom, also showed that from 7-8am and 4-5pm are the peak hours for traffic on the M25.

It looked at more than 4.4 million anonymous car and taxi trip movements from GPS device traces during weekdays (Monday-Friday) in November 2019. These traces were captured from in-dashboard, on-dashboard and mobile navigation technologies.

The analysis revealed that of the strategic routes “feeding” the M25, the M1 was the most significant, followed by the M4, M3, M40 and A2.

It also found that key destinations such as ports and airports exerted big influences on M25 traffic.

For strategic trips using the M25 between different parts of the country, movements between Surrey, Gatwick (M23) and Kent (M26) were particularly notable, say the researchers, confirming the lack of alternative high-capacity cross-country routes along the south coast.

Steve Gooding, director of the RAC Foundation, said: “This unique research addresses one of the great mysteries of life: where are all those cars on the M25 actually going? Now we know, and most of them are not trying to avoid the capital.

“This might come as a surprise to the many of us who think of the M25 as a way of avoiding London rather than travelling in, out or through it.”

The research showed that drivers were undertaking strategic trips circumnavigating London, using the M25 tend to travel earlier in the day, exacerbating congestion in the morning peak.

Gooding continued: “This data should be of keen interest to those responsible for the management of the M25 and of the many local roads that connect with it.

“A possible follow up to this important work could be a look at where freight journeys on the M25 are starting and ending.”

Sean Flynn of Atkins added: “We believe the initial outcomes will be of interest to a number of our customers and that M25 movements merit further investigation.” 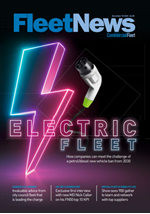