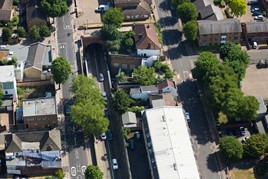 The Rotherhithe Tunnel will be closed for five days to enable Transport for London (TfL) to carry out critical repairs to its fire safety system.

TfL says that closure will run from 10am on Monday (January 11) until 5am on Saturday, January 16.

The tunnel will also close to people walking and cycling during this time.

Repairs to the tunnel’s fire water main are needed to ensure that its hydrants work properly in the event of a fire.

TfL said that alternative routes will be in place via the Blackwall Tunnel and Tower Bridge during the closure.

“This urgent five-day closure of the Rotherhithe Tunnel is essential to ensure the tunnel remains safe for people to use,” he said.

“I’d like to ask people in the area who need to travel to plan ahead for their journeys and continue to follow the vital safety restrictions which remain in place at the tunnel.”

The City of London Corporation will also be carrying out essential works on Southwark Bridge, which will result in a full southbound closure of the crossing between January 11 and February 22.

Since February 2019, enforcement of the weight restriction in the Rotherhithe Tunnel has been carried out by cameras and people driving prohibited vehicles through the tunnel can receive a fine of up to £130 for each journey they make through the tunnel.

Cameras will be introduced in early February to enforce vehicle restrictions around the clock, says Transport for London.