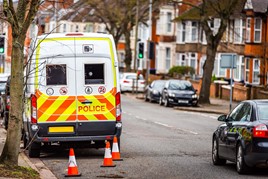 Motorists consider it ‘less acceptable’ to speed than they did five years ago, according to new research from IAM RoadSmart.

The findings come after recent provisional figures released by the Department for Transport (DfT), highlighted that the number of UK road deaths was down compared to the previous year, due reduced traffic on the roads amid the coronavirus pandemic.

IAM RoadSmart’s annual Safety Culture Report, which tracks drivers’ changing attitudes to key road safety issues over time, discovered that while there was improvement towards speeding, the figures were still high.

Neil Greig, director of policy and research at IAM RoadSmart, said: “While there are signs of improvement, the results of this survey are still deeply concerning and there is clearly much more work to do on education and training.

“Speeding consistently causes more than 4,400 casualties on UK roads each year, which is an average of 12 people a day killed or injured on UK roads.”

The report showed that most drivers find it unacceptable to speed in towns, which has remained predominantly unchanged in the last five years.

According to a study by IAM RoadSmart, four out of five drivers (82%) are in favour of using speed cameras to automatically fine drivers travelling more than 10mph over the limit near schools.

Most speeding offences in the UK

Overall, the most dangerous area for speeding was in Greater London, policed by The Met. The force recorded 88,481 speeding offences in the area and more than 3,200 tickets were given out during the first full month of lockdown in April 2020 – a 71% increase on 2019, reported ITV News.

A statistical release from the Department for Transport (DfT) highlighted an increase in speeding on UK roads during the first COVID-19 lockdown.

Police forces across the UK caught drivers speeding during the lockdown, with one driver breaking the legal limit by 81mph and another clocked doing 108mph in a 40mph zone.

Fleet and road transport drivers are among those speeding during the lockdown, with overall incidents increasing by 2.6% despite a 22.6% reduction in the number of miles driven.

More than 80% of the safest roads were in Wales – Dyfed-Powys Police issued 298 speeding fines.

The report found, northern roads are nearly 20 times safer than those in the south – With a total of 323,222 speeding offences recorded by Southern forces in the most dangerous list, and only 20,716 in the Northern regions.

You can read the full findings of the report on the Wessex Fleet blog.

Drivers want more speed cameras installed near schools to fine drivers travelling more than 10mph over the speed limit, a study by IAM RoadSmart has found.

A new statistical release from the Department for Transport (DfT) has highlighted an increase in speeding on UK roads during the first Coronavirus lockdown.